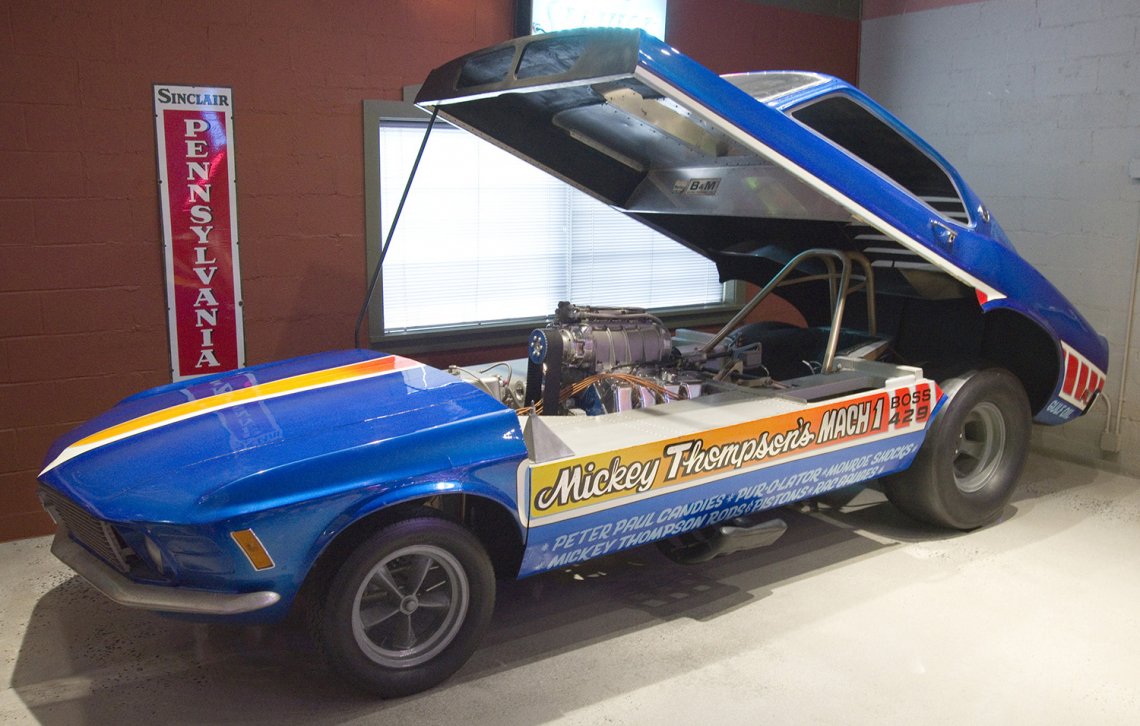 Born in San Fernando, California, in 1928, Mickey Thompson became a larger-than-life personality in the world of American motorsports. Among his many well-known achievements, he is remembered for piloting a 2,000-horsepower, four-engined, land-speed-record car of his own design to 406 mph at the Bonneville Salt Flats in 1960. In the late ‘60s, he became interested in building and drag racing “Funny Cars.” The unique design of his 1970 Boss 429-powered Mustang funny car uses aircraft-style “monocoque” construction instead of the traditional tube-chassis used by other cars in the class. This design eliminated almost 300 lbs from the weight of his 1969 car. Its fastest quarter-mile time in the 1970 season was 7.40 seconds at 196 miles per hour.