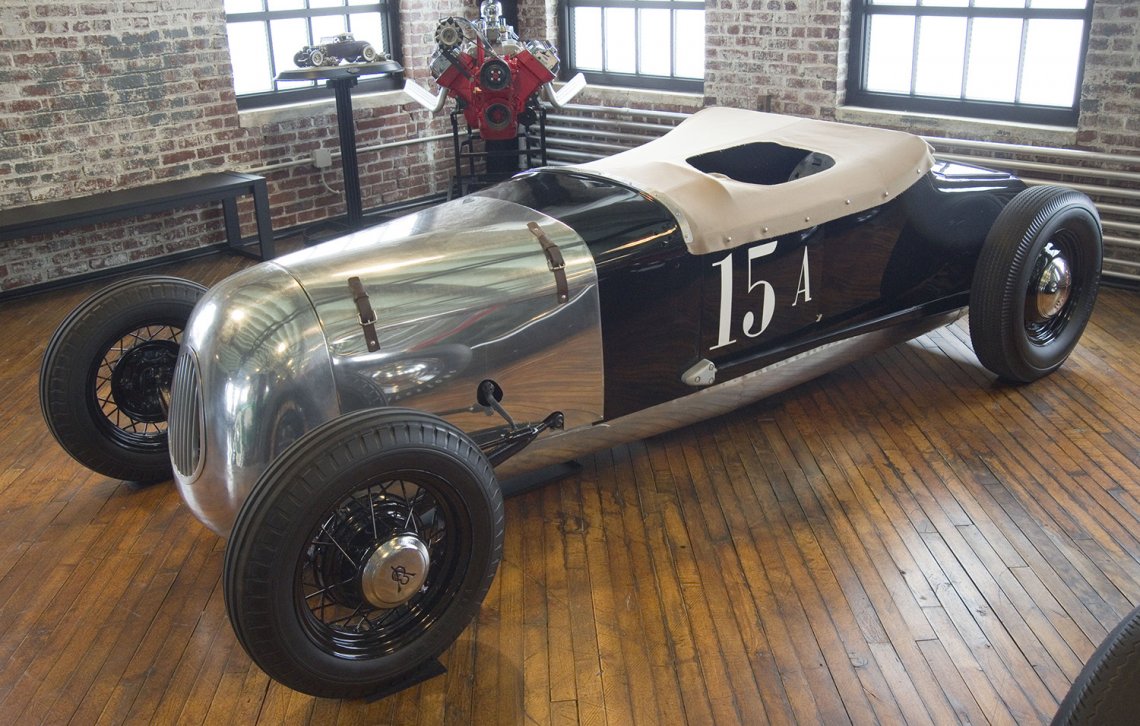 The 1948 dry lakes racing season was the year that Chuck Spurgin and Bob Giovanine knocked the hot rod world on its ear with this purpose-built, record-setting roadster of their own design and construction. Before World War II, both young men had built dry lakes roadsters using modified mid-1920s 4-cylinder Chevy engines. When they returned after four years of service in the US Navy, they collaborated to build this car using Chuck’s chassis and Bob’s engine. After limited success in 1947, they used the off-season to considerably modify the chassis, the body and the engine. They returned in 1948 with the 4-cylinder engine now displacing 182 cubic inches producing 150 horsepower and using a 16.25:1 compression ratio. Running in the A Roadster class, they set a new class record of 113.95 mph at the season’s first meet in April. They then set new records in each successive outing: 117.5 mph in June, 118.48 in July and 120+ in September. At the final meet, they set their sixth consecutive class record of the season at 123.65 mph, winning the SCTA Class A championship. The car was retired after an unofficial run in 1949 at 149 mph. A few years later, the chassis and body were sold and the engine traded away. Heavily modified and raced by others and then put away for 40 years, the car was discovered by a California collector, then painstakingly restored to its 1948 configuration. This special car was added to the 3 Dog Garage collection in 2019.