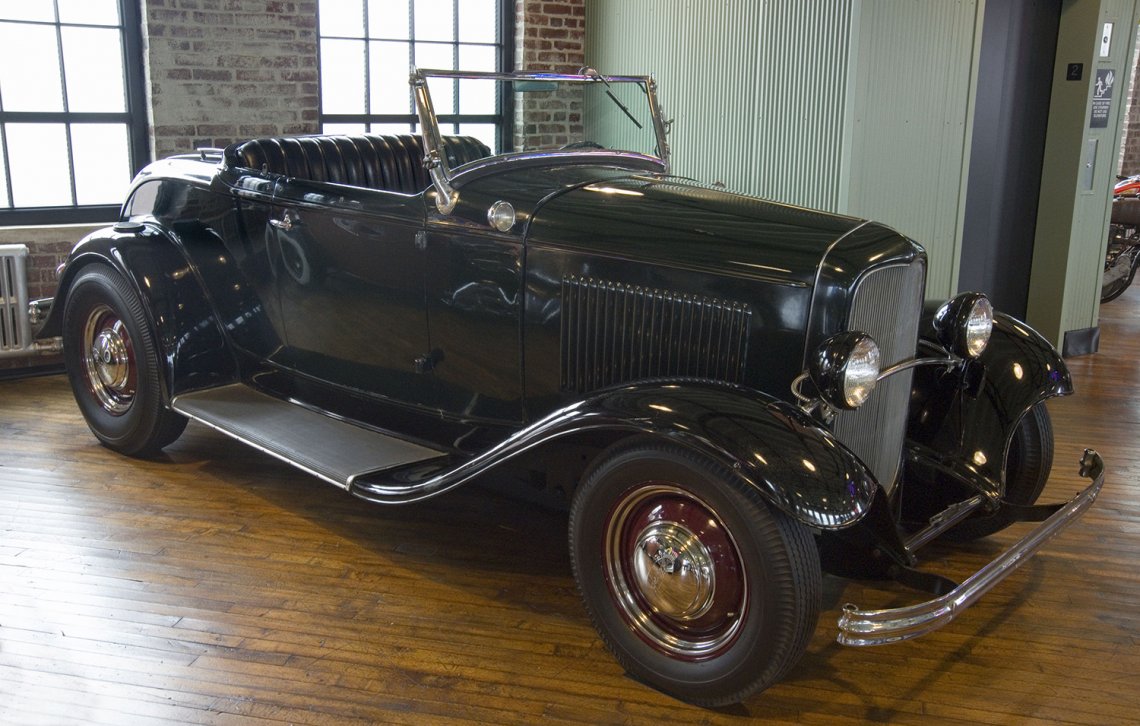 This 1932 Ford Roadster has led two lives, first as a dry-lakes racer in the 1940s, driven to a top speed of 112.46 mph at El Mirage on October 22, 1946, and as a show car on the custom and hot rod circuit, appearing at the Oakland Roadster Show in 1961. The original El Mirage SCTA (Southern California Timing Association) timing tag attesting to the car’s performance is still affixed to the right side of the instrument panel. It is believed that the car was powered by a Ford flathead V-8 at that time. Years later the car resurfaced as a nicely done, full-fendered hot rod, then owned by Len Hames of Sunnyvale, California. It appears in this form in Andy Southard’s book entitled “The Oakland Roadster Show—50 Years of Hot Rods and Customs.” The Oakland Roadster Show program describes the engine as an early Chevrolet 283-cubic-inch V-8, but close inspection reveals it to be an early 265. Also of note is the early Powerglide two-speed automatic transmission with Park and Reverse at opposite ends of the shift travel. Other period components include a “Mor-Drop” front axle, a narrowed ’59 Olds rear axle, ’40 Ford brake drums, original “Arrow” headlights and eight curved-glass, large-face Stewart-Warner instruments on the dashboard.