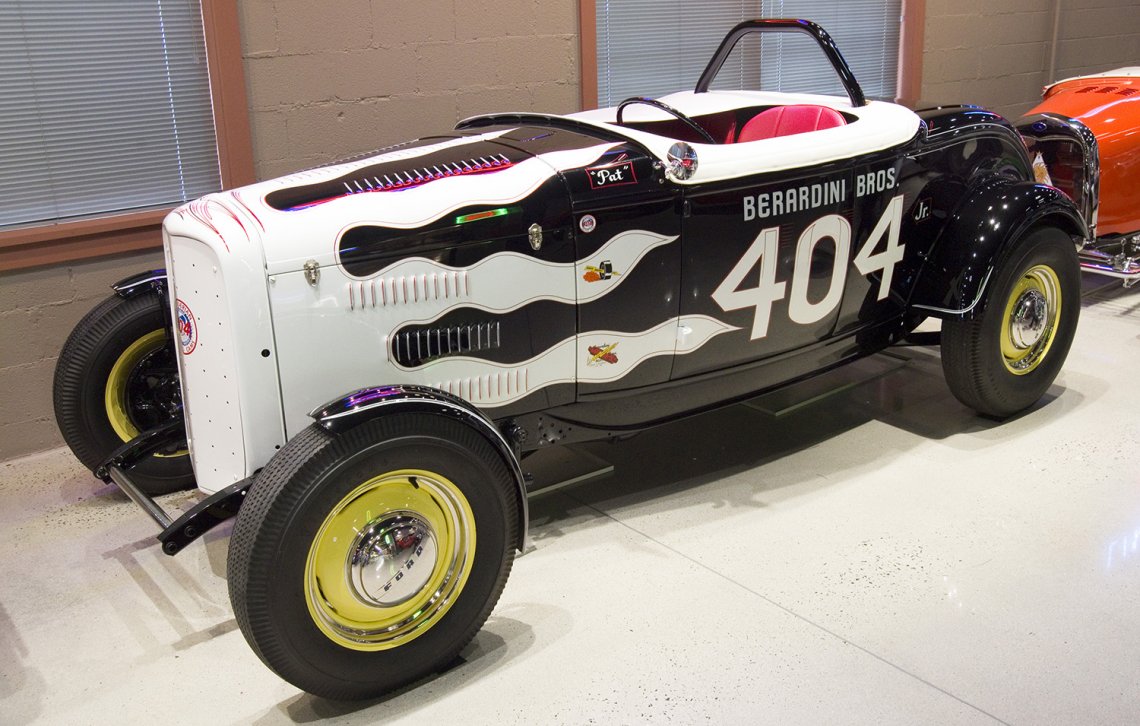 The Berardini brothers, Pat and Tony, began drag racing in 1950 in Southern California driving two cars of their own construction, both Ford roadsters, a 1932 (Pat’s) and a 1929 (Tony’s).

The brothers and their cars became drag-racing heroes for six years, winning more races and setting more records than anyone else in the sport during that period. Using the newly designed Iskendarian “404” camshaft, Pat was able to wring more power out of his stroked 1939 Ford flathead V-8 than had ever been seen before. So pleased was he with the profound improvement in the performance of the car, that he painted the number 404 on the side of the car, where it remained through his and subsequent ownerships. Nearly every minute of this car’s history is known, including being driven more than 185,000 miles on the street by its fourth owner, Rudy Perez. It has been restored to its 1951 appearance and specification.