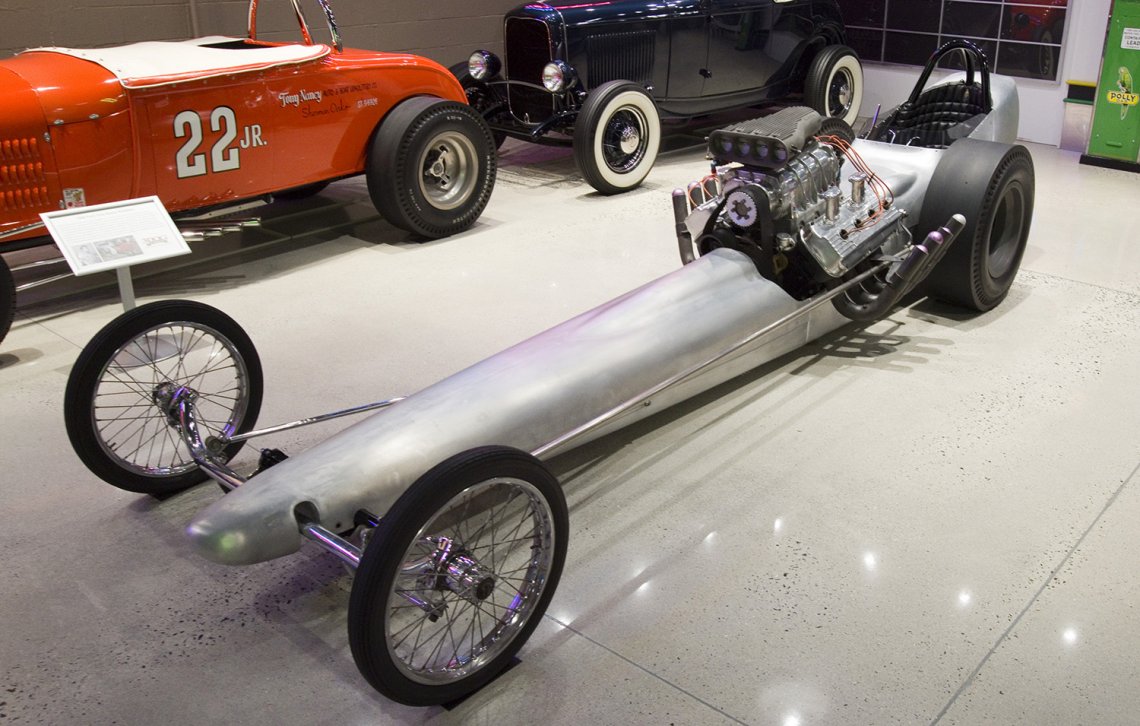 Still in its aluminum skin following a restoration several years ago, the famous “Dead End Kids” AA/Fuel dragster from the early 1960s now resides at 3 Dog Garage. Starting with a “TV Tommy” Ivo chassis, three friends from Brooklyn, New York, owned and raced this car. They were “Rapid Red” Lang, Murray “Spider” Razon and Joe Anahory. The design of their injected Hemi-Chrysler-powered rail was considered to be one of the finest of the fuel dragster genre, and the car appeared on the cover of Popular Science in 1963 and Popular Hot Rodding in 1964. Credit for the beautiful body goes to Bob Sorrell and the upholstery was done by none other than Tony Nancy. It was during the 1963 season that the “Kids” beat the formidable Don “The Snake” Prudhomme during his memorable winning streak. Red Lang went on to become the first NHRA Division I Top Fuel Champion in 1965.