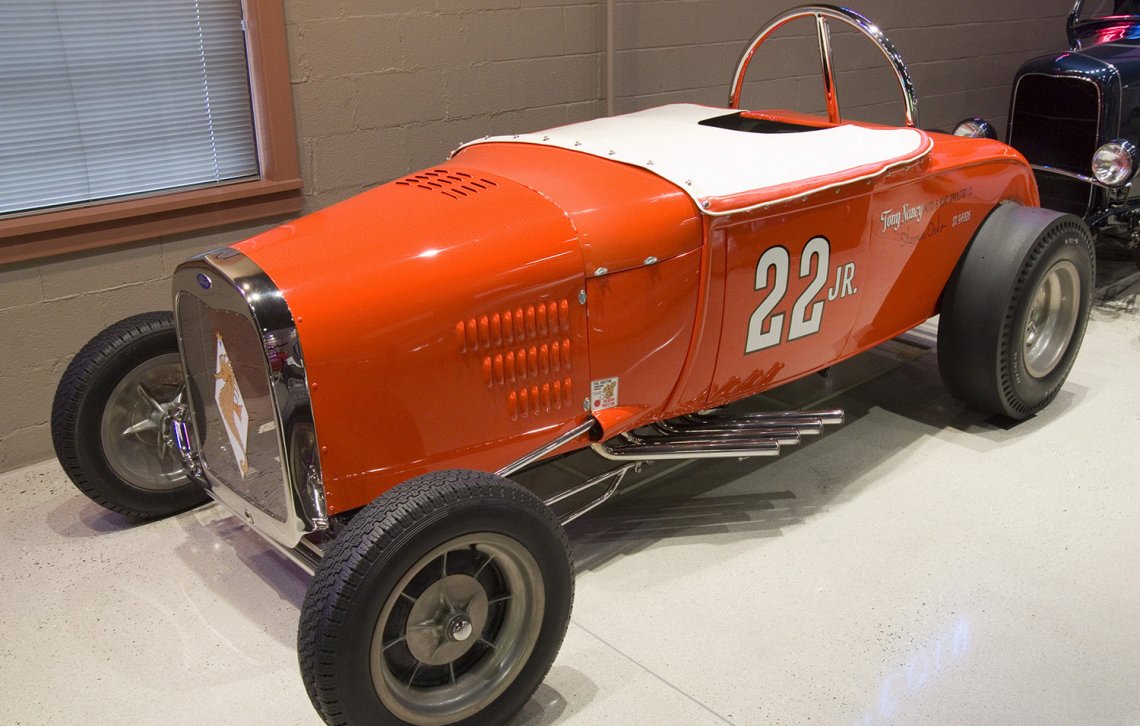 California native Tony Nancy was a legend in the hot rod world in the 1950s and ‘60s. A successful auto upholsterer by trade, he also built some of the most well-known, and fastest, hot rods of the day. One of his most famous is this car, which appeared on the scene in 1960. It is a modified 1929 Ford Model A roadster body on a lightweight, custom-built tube chassis by Kent Fuller. With its stroker 450 cubic-inch Buick “nailhead” V-8, the car weighed only 1,550 pounds and ran the quarter mile in the low 10-second range at 138 mph. The car was featured extensively in the car magazines of the day, and appeared on the cover of Hot Rod, a testament to its significance both then and now. It was restored in the ‘90s to the condition you see today.