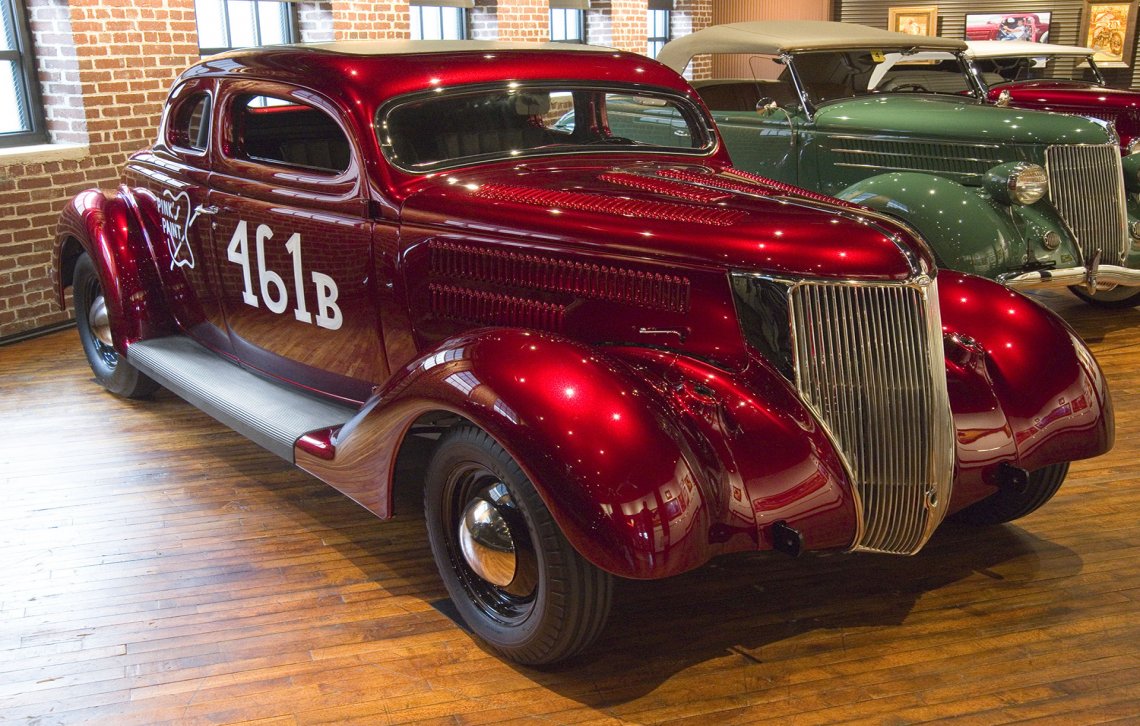 One of the most legendary, prolific, successful and respected race-car engine builders from the late 1940s to the present day is California native, Ed Pink. Born in 1931, Ed began his career as a young machinist, soon learning the science and art of building racing engines from such greats as Eddie Meyer, Ed Iskenderian and Vic Edelbrock. His passion, innate mechanical ability, skill and experience led to the development of winning racing engines for every kind of race car there is, including midgets, dragsters, lakes cars, sports cars and more. A favorite of Ford fans is the fabled 427 SOHC engine that was an Ed Pink creation. In 1949, he built his own hot rod, this 1936 Ford. With a worked Ford flathead V-8, the car turned 137 mph at El Mirage and 141 at Bonneville. The logo on the side of the car was simply the name of his father’s paint store. He sold the car before the Army shipped him out to Korea, never knowing its whereabouts until it was tracked down by Ross Myers in 2013 and restored to the condition you see today.