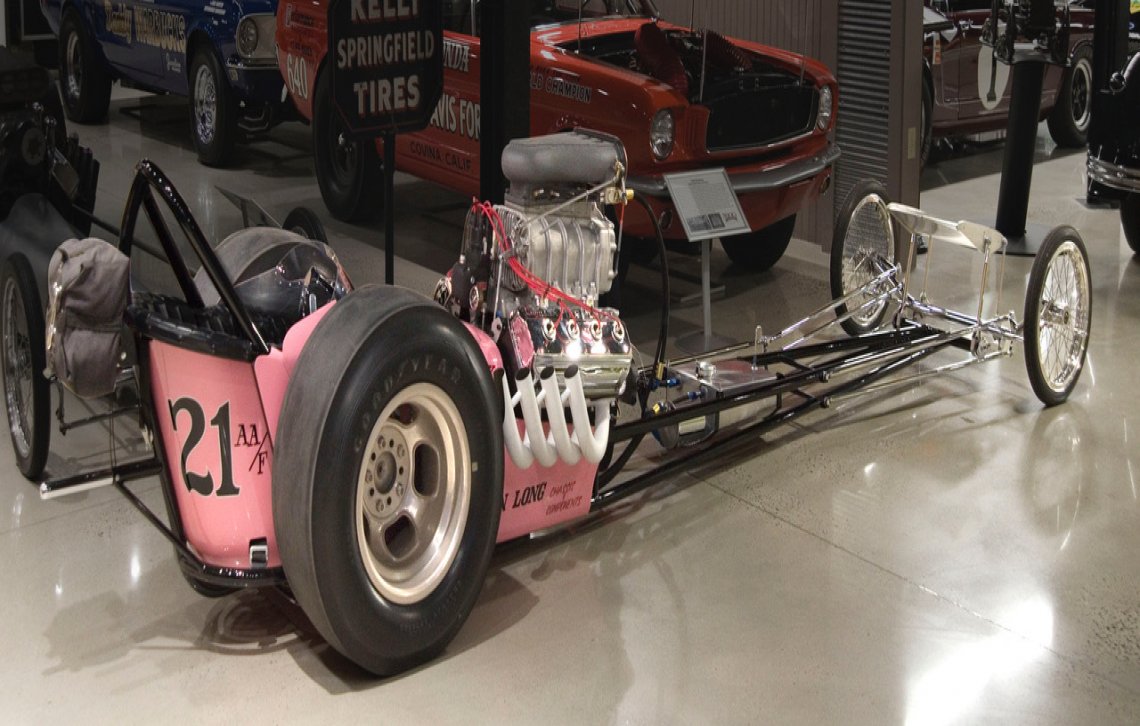 In 1964, a young California chassis designer named Don Long had come up with a few ideas to improve on contemporary dragster chassis design and construction. A draftsman in the aircraft industry, Long intended to apply a few generally overlooked geometric principles to his design. He shared his ideas with another Californian, engine builder Ed Pink, who, still only in his early thirties, was already a legend in the industry. Recognizing the potential of Long’s design, Pink built an engine that would maximize that potential. It was a ‘57 Chrysler 392 cubic-inch (early) Hemi with a GMC 6-71 supercharger. The engine was capable of turning at an amazing 7800 rpm, a number achieved using unique changes to the valve train that Ed Pink developed specifically for this application. The car’s first appearance was at Lions Drag Strip near Los Angeles in January 1965. With young ace driver Mike Snively at the controls, the car qualified with an ET of 7.77 seconds at 197.80 mph, serving notice to all comers that Long, Pink and Snively were serious players. Consistently delivering Top Fuel Eliminator wins, its most memorable run was against Don “Big Daddy” Garlits in the now-famous final Sunday elimination at Bakersfield when Garlits ticked off a 7.72 against Snively’s 7.78. As a testament to Ed Pink’s engine-building expertise, the car went through six rounds of eliminations on Saturday and four on Sunday with nothing more than a change of oil and spark plugs.