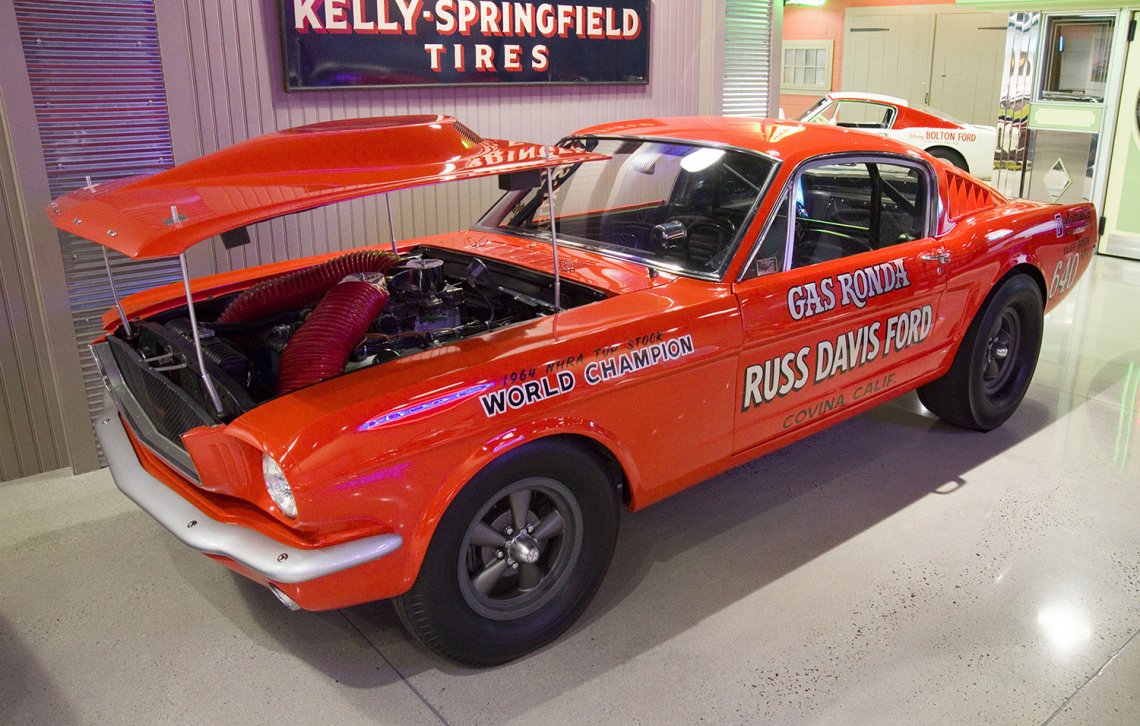 The National Hot Rod Association (NHRA) introduced new rules for the 1965 season for drag-racing class A/Factory Experimental. To compete and win in the class, Ford had 13 Mustang fastbacks sent to Holman-Moody’s shop in Charlotte, North Carolina, to be specially modified for the purpose. The cars all used Ford 427 cubic-inch engines, five of which were the SOHC (single overhead cam) version of that power plant. Engine bays were modified to position the engine further back in the chassis, dual Holley four-barrel carburetors were used, and a special weight-transfer traction-bar system was installed. Aluminum components (hoods, fenders, doors) were used wherever possible and all the cars had four-speed manual transmissions. This car, one of the five original SOHC cars, was driven by drag-racing super star Gaspar “Gas” Ronda, who set an NHRA record with it, running the quarter mile in 10.43 seconds at 134 mph. Only five of the original A/FX cars are known to still exist.