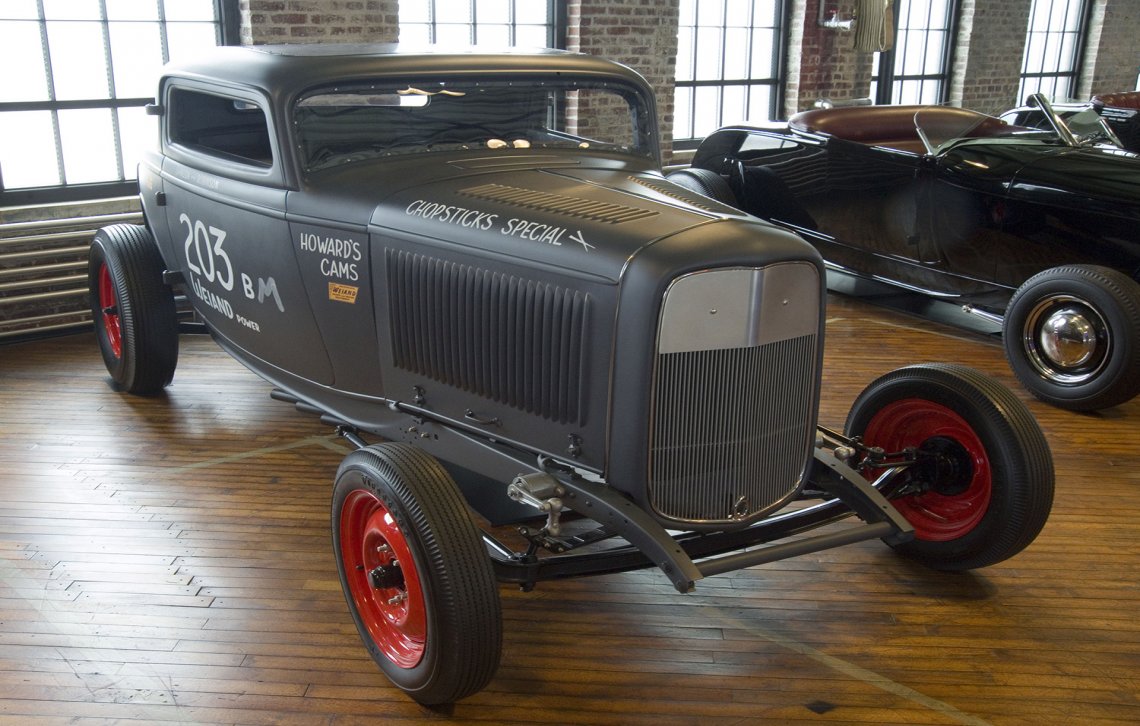 Early hot-rodding was a glorious exercise in creativity, ingenuity and resourcefulness, all coming together to answer one question in the mind of the hot rod builder: “How can I get this thing to go faster?” One of those early builders was a young Japanese-American from Southern California named Larry Shinoda. His head was filled with go-faster ideas and he wasn’t afraid to get out the cutting torches and tools and give those ideas a try. In 1953, he built this 1932 Ford three-window coupe for drag racing. He cut away most of the firewall and placed a Ford flathead V-8 as far back in the chassis as possible seeking optimal weight distribution at launch. The driveshaft to the quick-change rear was only 26 inches long. The car ran over 120 mph in the quarter, regularly beating the more sophisticated and well sponsored cars of the day. At El Mirage, on pure alcohol, it was clocked at 138 mph, Russetta Timing Association certified. The car was later sold and campaigned by fellow Californian, Don Montgomery.