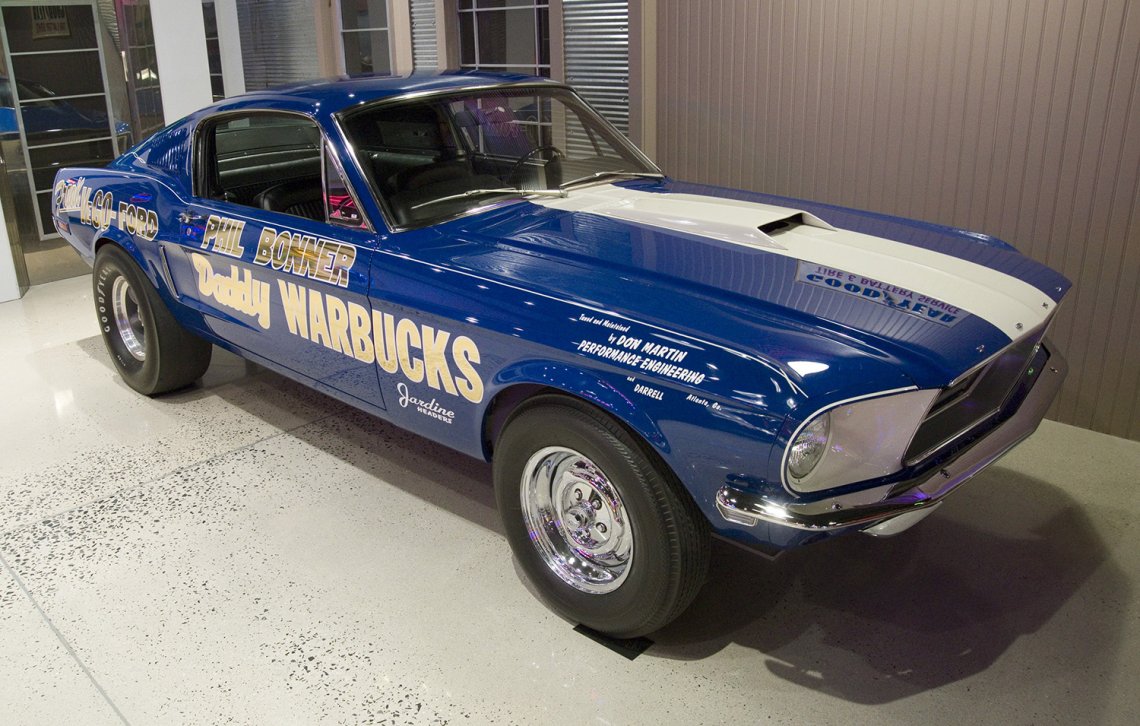 This is one of 50 specially produced, factory lightweight 1968 Mustang Cobra-Jet fastbacks that Ford built for drag racing that year. Phil Bonner, known as “Daddy Warbucks” in drag-racing circles, further prepared the car within the specifications for National Hot Rod Association (NHRA) Super Stock classes, racing it with Ford’s new 428 FE-block CJ V-8, using a Sidewinder intake and a Holley 735 cfm carburetor, and a flat-tappet cam. That was backed up by a top loader four-speed transmission and a 9-inch, 4.56 Detroit Locker rear. In the second half of the season, the car was pressed into match-race duty and the 428 was swapped out for a 427 SOHC engine. Some additional weight-reduction measures were taken, and the car recorded a best ET of 9.19 at 140 mph in that configuration. The car as you see it now has been restored as it was in early 1968, with a 428 Cobra-Jet under the hood.