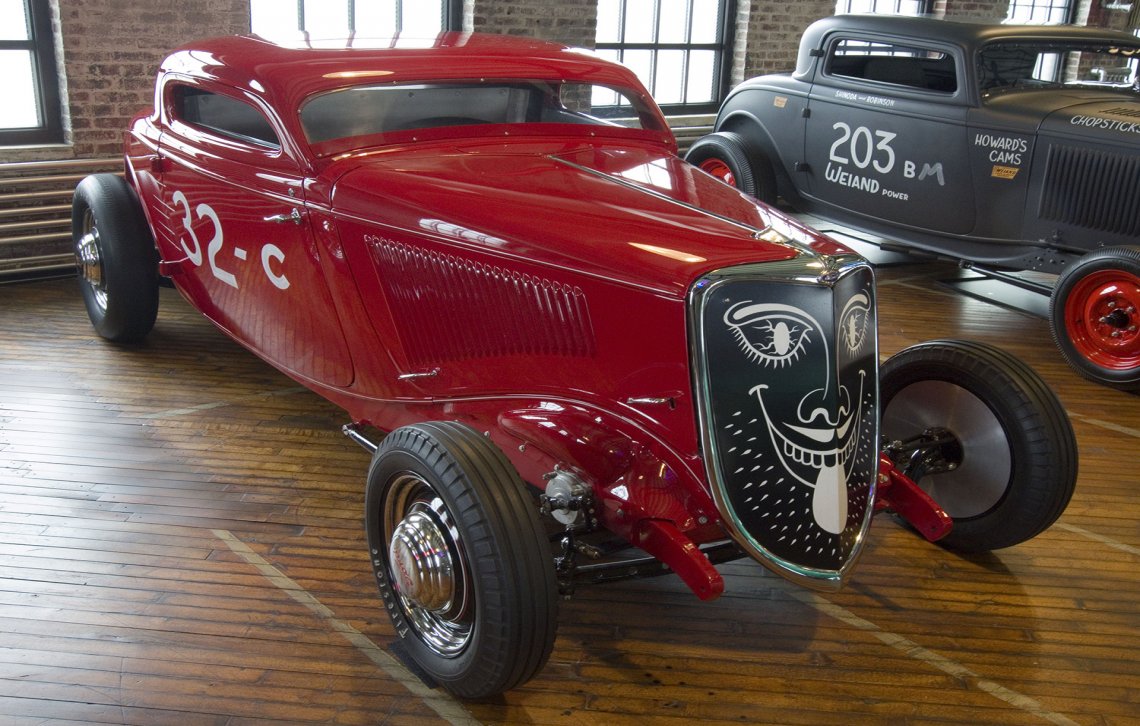 Born in 1927, Don Ferguson, Sr. was a prime candidate for hot rod fever by the early 1950s. And being from Southern California, it was almost an inevitability that the young 20-something with an interest in cars would go racing. While drag racing was a big attraction for hot-rodders in the post-war period, the dry lakes in the region provided another diversion that was irresistible to anyone with an aspiration to drive fast. What could be better than aiming for the horizon with you foot to the floor until you reached the limit of your car’s capability and your own fearlessness? In 1951, Don drove this car to 138 mph at El Mirage. This remarkable feat was made even sweeter by the fact that Don had built the car himself, including chopping the top with a hacksaw. Now restored, this coupe is a reminder that ingenuity knew no bounds in the heyday of the American hot rod.