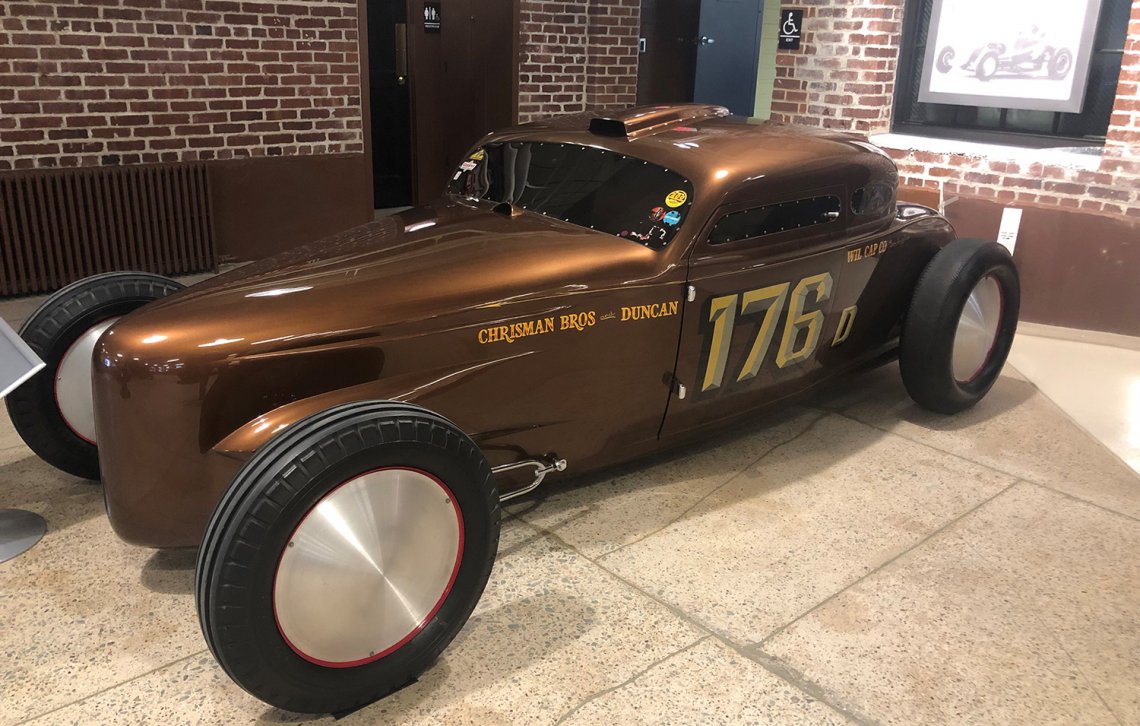 Brothers Art and Lloyd Chrisman were two of the most talented, innovative and competitive figures on the post-World War II hot rod scene in Southern California. During the late ‘40s and early ‘50s, their well-deserved reputation was earned in both dry-lakes and drag-racing competition. They rattled the hot rod world with their newly built, mid-engined, radically chopped dry-lakes racer they brought to Bonneville for the first time in 1953. Based on a 1930 Ford coupe, it displayed innovations not seen before, most notably a rear engine compartment designed to allow for quick removal and replacement of the drivetrain as a modular unit. They set a Class B record of 160.17 mph using a Ford flathead V-8 with Ardun heads, and took second place in Class C at 163 mph running a 304 c.i. Mercury flathead. In 1954, now running (early) Chrysler Hemi V-8s, they set new records in Class B and Class C, the latter at 180.85 mph. For 1955, the brothers’ last year at Bonneville, again with Hemi power, they set a Class D record of 196 mph. The car was subsequently sold and retired from competition. After being stored away for decades, a full restoration was performed and it was shown in the new Hot Rod class at Pebble Beach in 2001. It became a part of the 3 Dog collection in 2022.