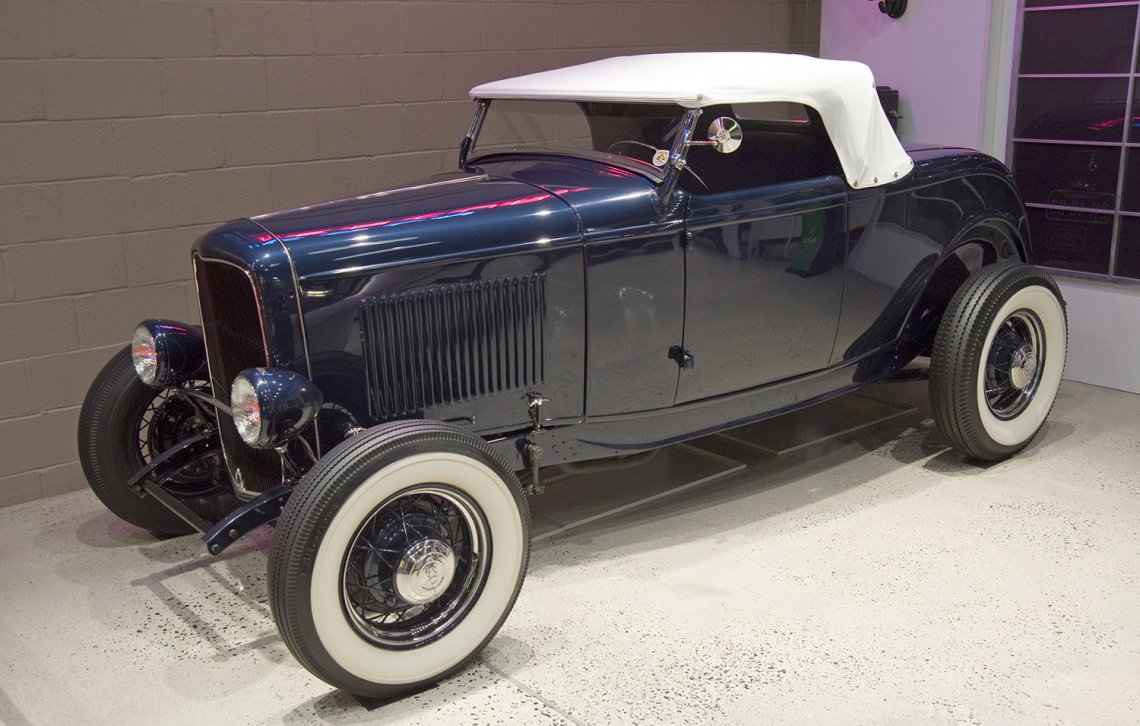 The beautiful restoration of this 1932 Ford “high-boy” roadster to its earliest configuration belies the long and storied life the car has lived. It was first built into a hot rod by Don Casselman in the early 1940s, but it is still most often remembered by the name of its second owner, Pete Henderson of Pasadena, California, who bought the car in 1943. It was powered by a very strong, stroked 1940 Mercury flathead V-8. The car’s reputation for being very fast led to a famous race in late 1944 against, of all things, a race horse. The horse’s owner crowed that no car had ever outrun his horse, and bet money that Henderson’s Ford couldn’t do it either. A crowd gathered and watched the birth of drag racing as the car, driven by Pete, won by the length of its hood, forever cementing its place in hot rod history through subsequent owners and many modifications as the “Henderson Roadster.”