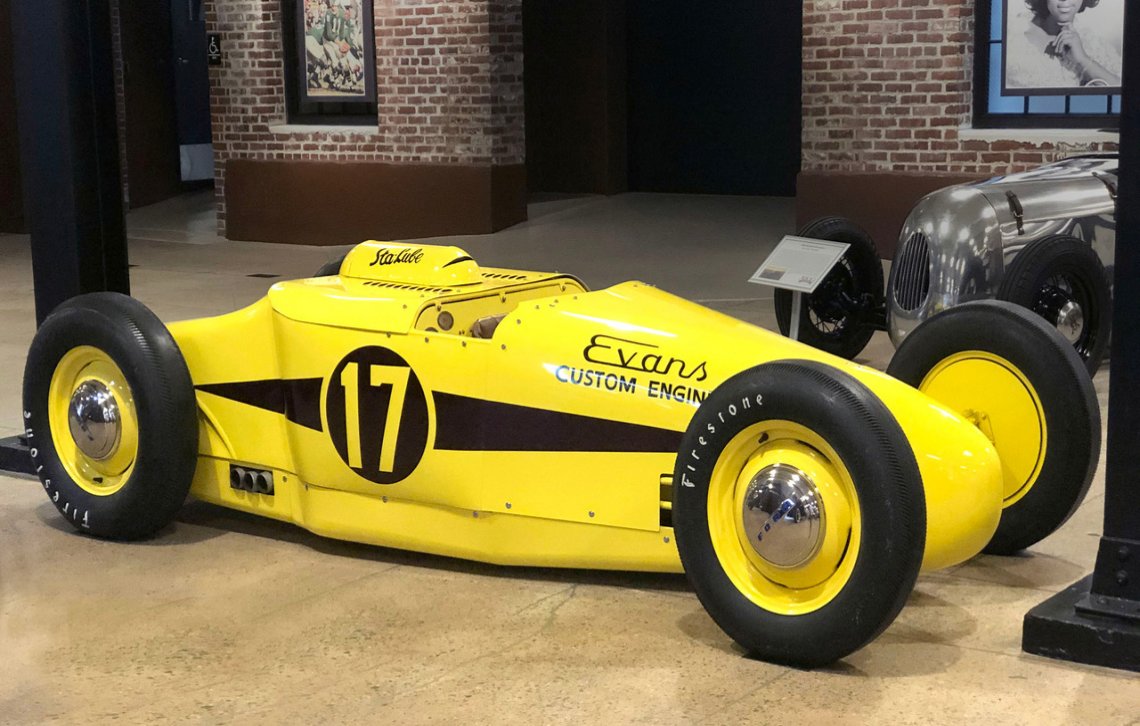 Young hot rod builders had to be creative and resourceful in the years following World War II, particularly if their goal was to compete at Bonneville. Ex-GI Fred Carrillo of Monrovia, California, and his brother-in-law Robert Betz, constructed this purpose-built, mid-engine salt-flats roadster from the ground up in 1950. To build the car, they used a few remnants of a 1927 Ford T roadster body and much military surplus from the war effort, including chrome-moly steel airplane wing-strut tubing for the chassis. The door skins and rear quarters from the T roadster were welded to a custom-fabricated steel body structure. To cheat the wind, the body narrows from rear to front, with the pointed nose made from two 1947 Buick rear fenders. An aluminum bellypan mirrors the wedge shape of the body. Power comes from a 296 cubic-inch Mercury flathead built by Evans Speed Equipment using an Evans three-carb manifold, Evans high-compression heads and Evans dual-point, dual-coil distributor. At the 1951 Bonneville meet, Carrillo drove the car to a new C/Modified Roadster class record of 178.16 mph. In 1963 he founded Carrillo Industries, well known to this day as manufacturers of highly regarded racing engine internals, including pistons, connecting rods and crankshafts.