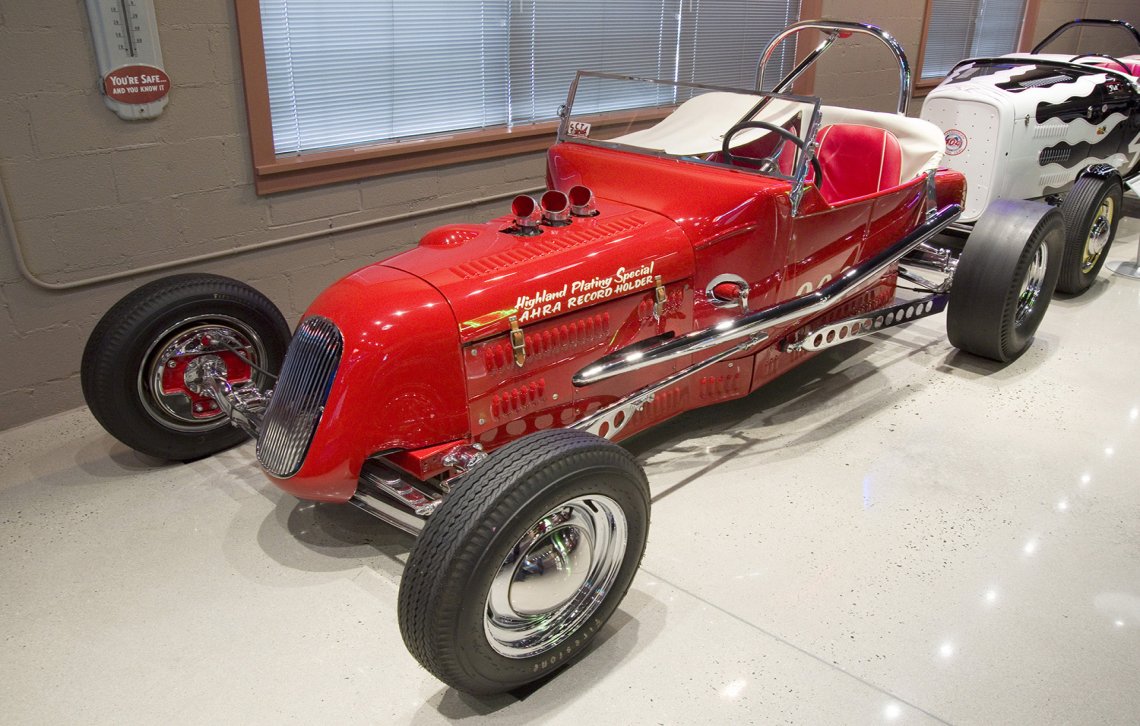 From the fertile mind and skilled hands of Dick Kraft, a Southern California hot rodder in the late 1940s, came this one-of-a-kind handbuilt roadster which was, at different times in its life, a dry-lakes car, a drag car and interestingly, a road-racing car in which Dick competed against his friend and sometimes employer, George Barris, the “King of the Kustomizers,” who raced a Jaguar XK-120. It is powered by a flathead Mercury V-8 and is a veritable showcase for all the popular hop-up and speed equipment available at the time it was built. Though Dick Kraft might best be remembered for well-designed and beautifully finished cars like this one, several cars preceded this one, including what is now considered the world’s first purpose-built dragster, which he built from the bare chassis of a a1924 Model-T Ford abandoned on his family’s orange grove. Kraft’s interest in cars and surfing, and his well-developed physique, made him a well-known and easily recognized character at California race tracks and dragstrips in the 1950s.