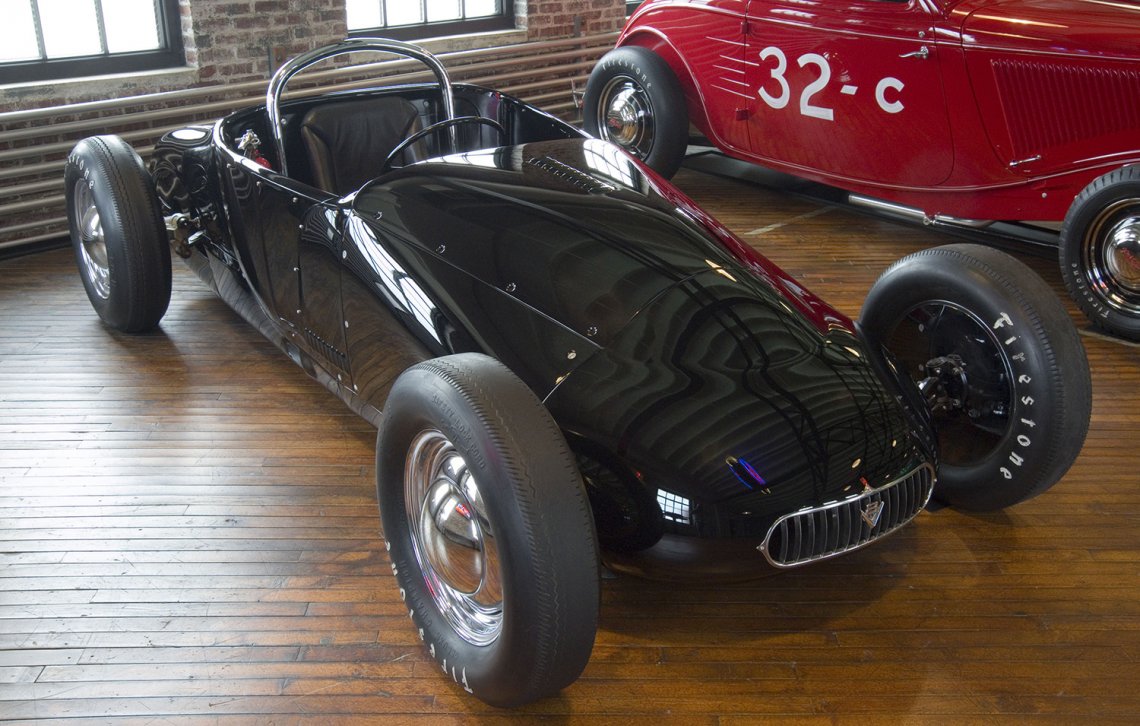 For early rodders, it was a major feather in your cap when one of the hot rod magazines gave your car some “ink.” In its short lifetime, Al Dal Porto’s Lakester was a car that made the cut. Built in 1950, its one-of-a-kind design and meticulous custom fabrication, as well as its impressive performance record as both a drag car and lakes racer, earned it a spot in Hot Rod’s May 1952 coverage of the Oakland National Roadster Show, where it won its class. In July, Hop-Up magazine put the car on its cover and featured a full cutaway drawing inside. In 1951 and 1952, the car was a regular participant at many California drag strips and lake events, posting a best drag result of 118 mph at Kingdom Airstrip and best lakes run of 155.44 mph at El Mirage. Motor Sports World Weekly listed the Dal Porto car in its race results every week. The car was crashed in 1953 and left untouched for five decades before Kerry Horan commissioned a full restoration. History repeated itself when the car won its class at the 2011 Grand National Roadster Show, and once again received coverage in Hot Rod in May 2011.