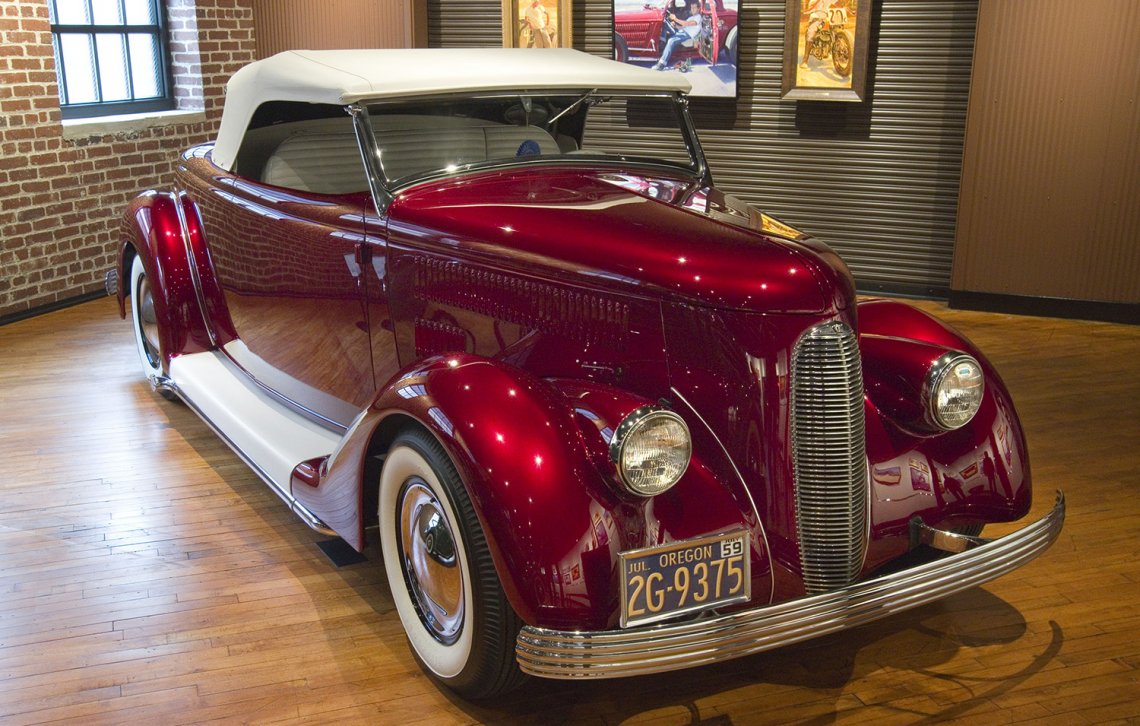 Dee Wescott was born in Portland, Oregon, in 1927. He grew up in nearby Damascus, a farming community. He was 12 when he bought his first car, a Model T Ford pickup which he soon began to modify. He and his friends would race through the orchards or on empty roads in the area. He enlisted in the Navy when he was 17, learned avionics and radar, and served two tours of aircraft carrier duty. When he returned home, he enrolled in trade school for mechanics and body repair. He opened Wescott’s Auto Restyling in 1953 and became well known for his quality work on customs and hot rods. In 1958, he built this ’36 Ford Roadster, “Dreamboat,” which won Best Custom Roadster at the Portland Roadster Show in 1959. It sported a chopped top, a Mercury flathead V-8 and a ’40 LaSalle grille. Restored in 2004, this full custom defines the ‘50s look so well that it won at Portland again when shown there 46 years later.