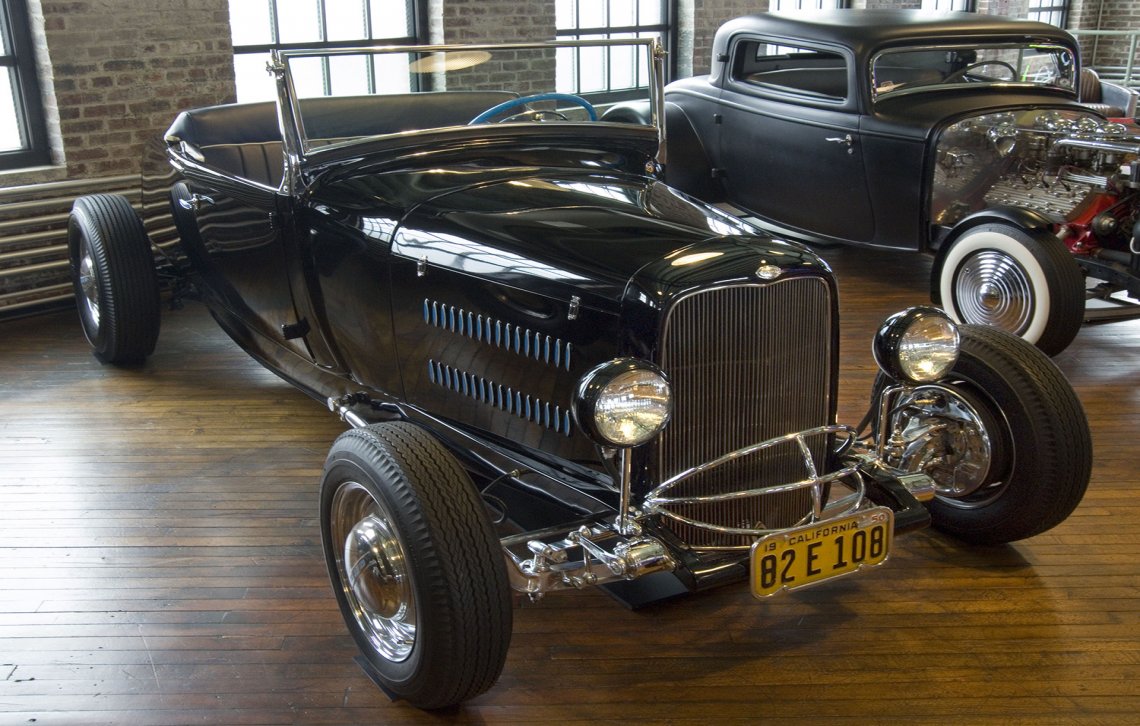 Bob DeBisschop built this 1929 Ford in his spare time while he was a student in high school in Santa Rosa, California, between 1946 and 1948. His friend was Dick Hubbard, whose father owned an auto parts and speed equipment store in Oakland. The Hubbards used Bob’s car as a test bed for the newest and best hop-up parts. At the first Oakland Roadster Show in 1950, Bob’s car was displayed in the Hubbard booth. Not content to let it just sit in the booth for several days, Hubbard Sr. had a crew completely disassemble the car to showcase all the pieces of speed equipment it used. As he did his best selling job, a captivated audience watched as the whole car was reassembled by the end of the show. Bob continued to drive the car every day, through college at San Jose State and Cal Poly. He raced the car at the Santa Ana drags, turning 108 mph on gas and 125 on nitro, and turned 132 on the dry lakes in 1951. Now restored, its history is fully documented.