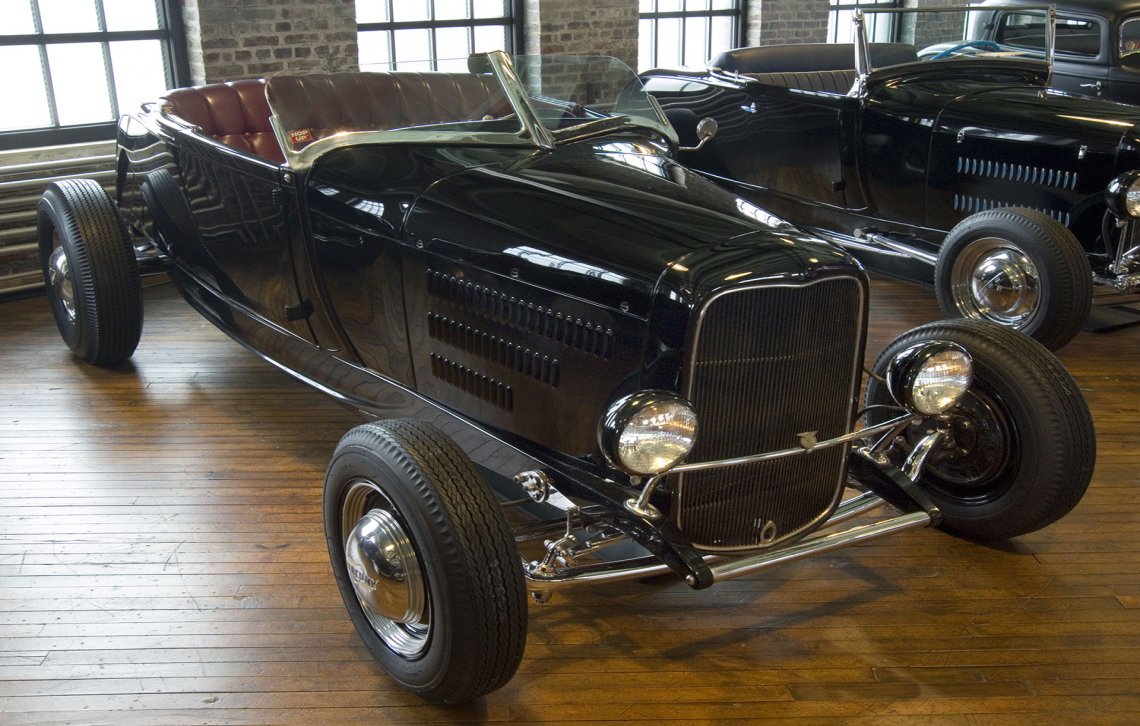 This 1929 Ford Model A body on narrowed 1932 Ford frame rails is the second of three such cars built by Dick Courtney of Fullerton, California. He built the first example in 1946. The second and third came later, this one built in the late 1960s and the third one in the early 1980s. The defining design element of all three cars is the rakish but rarely seen Duke Hallock “V’d” windshield. It was the elegant simplicity of the first car, whose whereabouts are unknown, that inspired the creation of this and the third car. The later cars are powered by small-block Chevy V-8s; a Ford flathead powered the first one. Differing in details but substantially the same interpretation of how a non-fendered Ford Roadster should look, this and the third car are both in the 3 Dog Garage collection, still striking in their design and execution