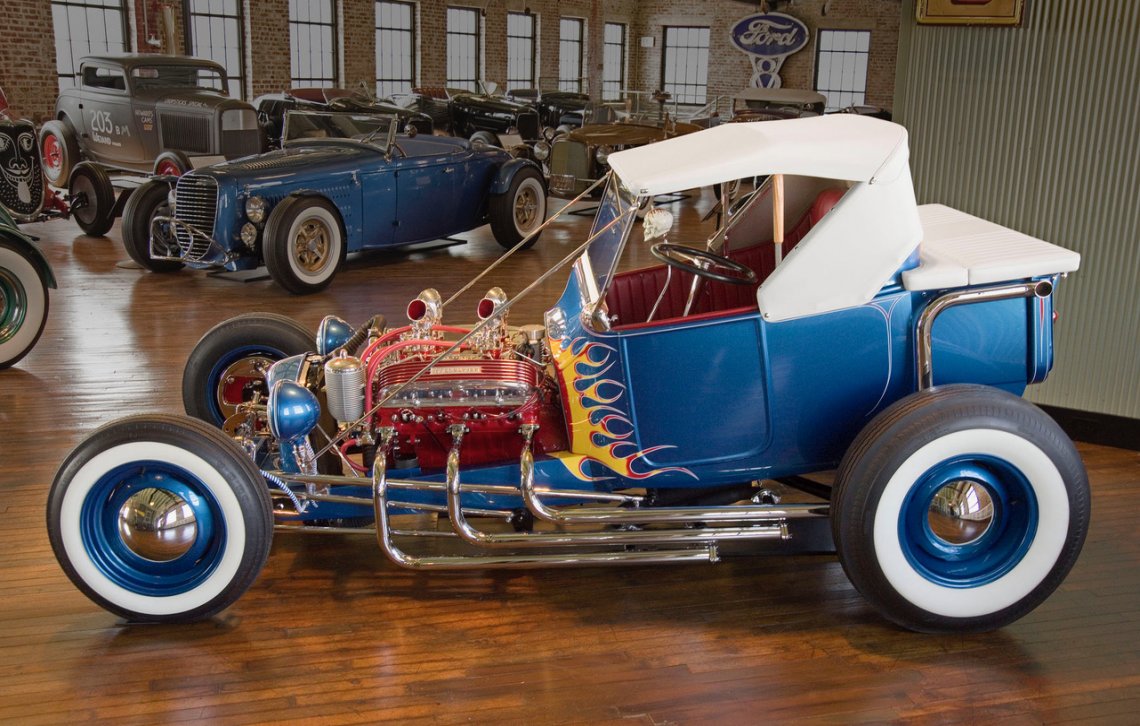 This car, built by 22-year-old Norm Grabowski of Sunland, California, appeared on the hot-rod scene in 1955. It was based on a cut-down ‘22 Ford Model T roadster body, which was mounted on an altered ‘31 Ford Model A frame, and was powered by a highly modified Cadillac V-8. Well-conceived and executed, the black-lacquered car appeared on the cover of the October 1955 issue of Hot Rod. In 1957, Norm showed the car at the Oakland Roadster Show. In the interim, he had considerably reworked the proportions and performed major changes to the car’s chassis and suspension. The color was now Royal Blue with pinstriping by Dean Jeffries. It was a huge hit again, and was the cover car on the April 1957 issue of Car Craft. Its fame grew after an article in Life magazine, which was followed by repeat appearances on the popular TV show, “77 Sunset Strip.” Driving the car in the series was “Kookie” Kookson, played by actor and teen-age heart throb, Edd Byrnes. The car was sold in 1959 and went through subsequent modifications over the years. It was acquired by 3 Dog Garage in 2018, restored by Roy Brizio of California to its 1957 specification, and won First in Class at the 2019 Pebble Beach Concours.