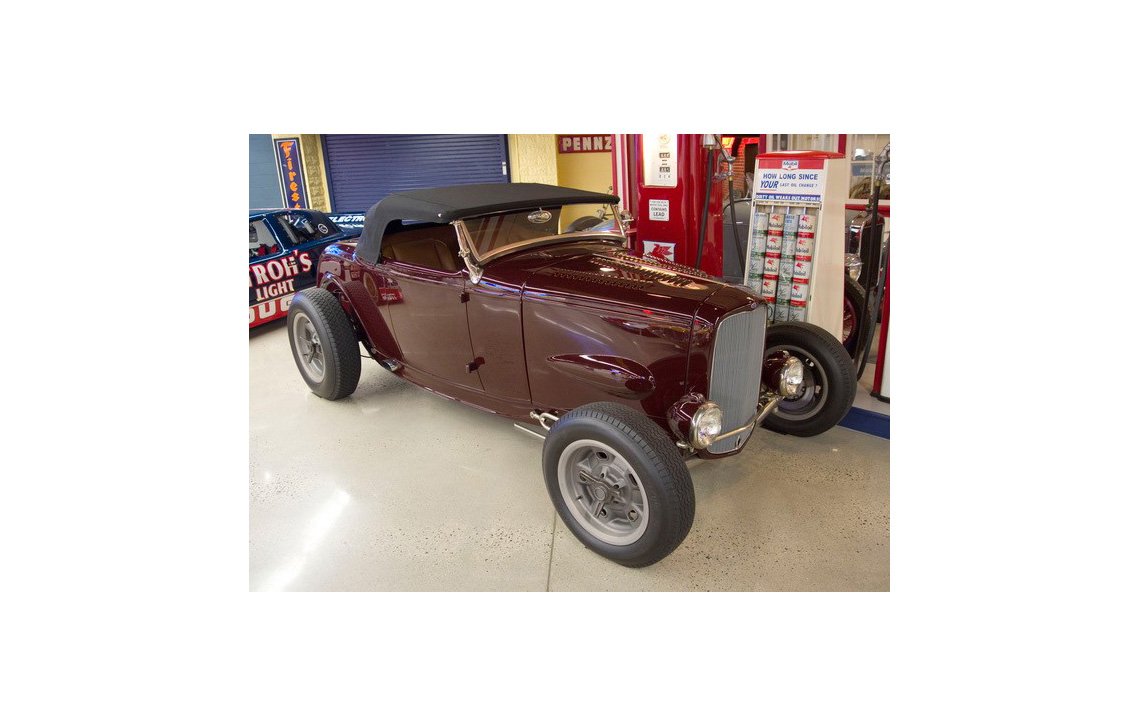 Drawing on design elements of 1950s-era Indianapolis race cars for inspiration, Ford Motor Co. executive VP Jim Farley commissioned well-known hot rod builder Dave Simard and his team at East Coast Customs in Leominster, Massachusetts, to create this contemporary interpretation of a traditional “Deuce” highboy roadster. While the body and frame are original ’32 Ford items, much of everything else on the car is a study in modern design, custom fabrication and expert craftsmanship, all while capturing essential visual and engineering touchstones of period Indy race cars. Farley’s vision for the car required that it also had to perform like a modern car. To that end, the roadster is powered by a vintage-looking ­but cleverly disguised 2005 4.5 liter four-cam Ford Racing crate motor, with its electronic engine-management hardware and software hidden beneath the valley cover under the Hillborn injectors. Among many other design features, the frame was strengthened extensively and includes custom front and rear suspension torsion bars concealed within the frame rails. The wheels are new Indy-style magnesium with tri-bar knock offs. A keen eye will notice that some vintage original Ford parts were also incorporated into the car’s design. This seamless marriage of the old and new make the Farley roadster unique not only in its concept, but in its execution as well.