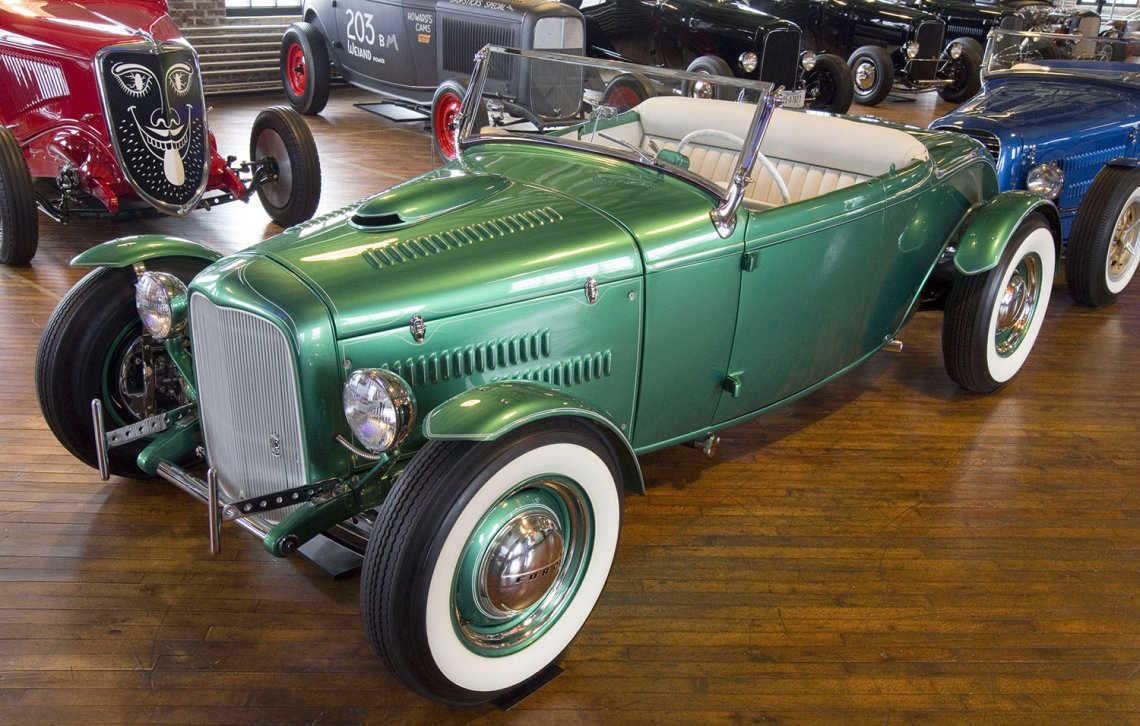 This 1932 Ford was built in 1951 by Californian Ray De Fillipi. Its low and racy silhouette is the result of “channeling” the floorpan of the body so it sat lower on the frame rails than a stock body. This technique was used for reasons of both style and functionality, the lower profile yielding higher top speeds in dry lakes competition. After 1956, during the second owner’s stewardship, the engine was changed twice, the second time to a Corvette V-8, and the color was changed to the green color it still wears. It was in this form that the car appeared in the popular television series, “The Adventures of Ozzie and Harriet,” with their two hot-rod enthusiast sons Dave and Rick Nelson seen in the car in various episodes. It was restored in 1997, winning third place at the Pebble Beach Concours d’ Elegance in the new Hot Rod Class established that year.