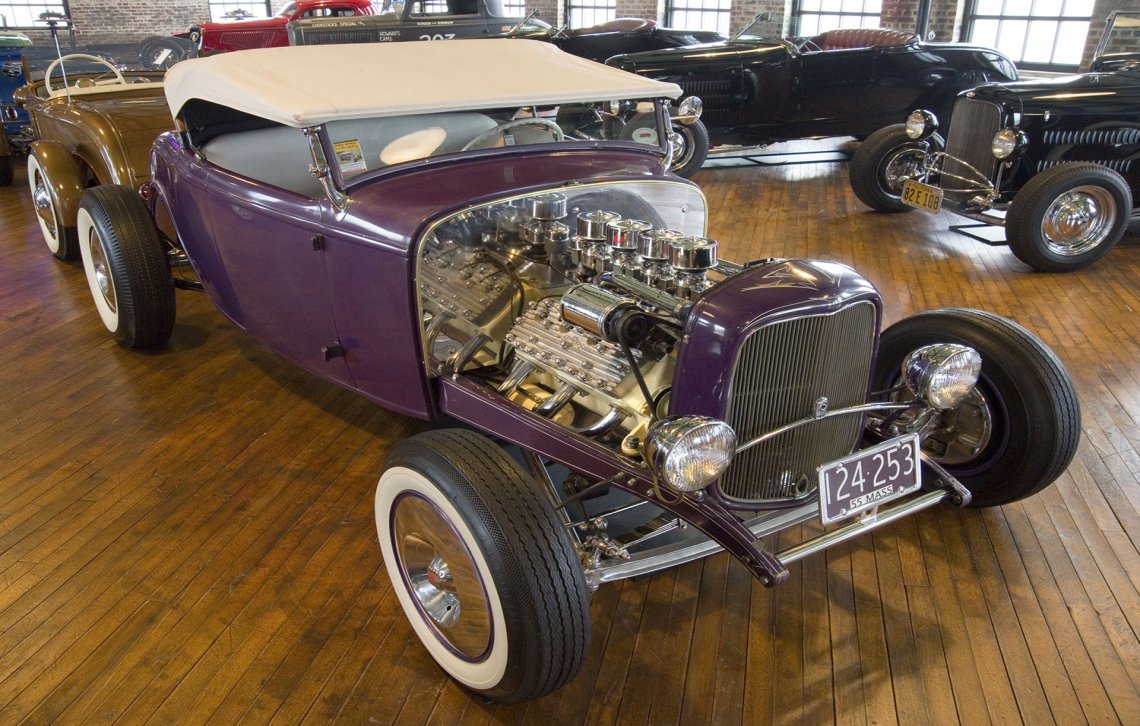 Postwar hot-rodding was not strictly a West Coast movement. Many rodders in the East turned out cars that were as fast and as well-designed and built as their counterparts in California. This car was built by Fred Steele of Maynard, Massachusetts, between 1951 and 1953, and was nationally recognized as one of the most well-proportioned modified 1932 Fords to ever hit the street. Steele, who owned the car and kept it in its original condition for five decades, combined a daring chopped top and channel job with a radical sectioned radiator shell that resulted In a car that looked so right that it has stood the test of time to this day. From its unique beige engine block to its perfect stance, the car remains just as Fred built it more than 60 years ago.