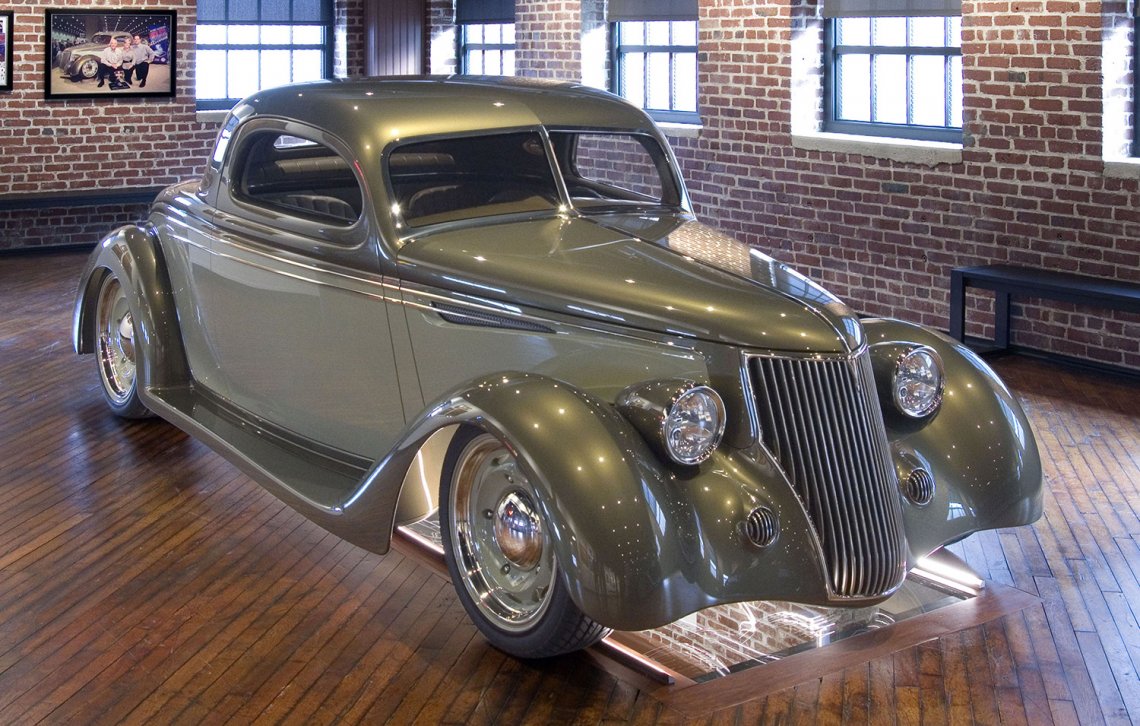 This is the first car Ross Myers ever owned. It was only a body and some fenders when he paid $25.00 for it in 1958, but it was beautiful in his eyes. He was nine years old. His dream was to build a nice little hot rod out of it someday, and he made a promise to the car that he would. But along came high school, college, marriage, family and business, and the car stayed in a corner of a barn for more than 40 years. In 2004, the decision was made to finally turn it into the car it deserved to be. The project was given to well-known builder Troy Trepanier of Rad Rides by Troy in Manteno, Illinois, with the mandate to build a car that would win the coveted Ridler Award at the premier rod and custom show in the country, the Detroit Autorama. At its debut in Detroit in 2007, it did exactly that. There is no better proof that, as promised, Ross never forgot his “First Love.”