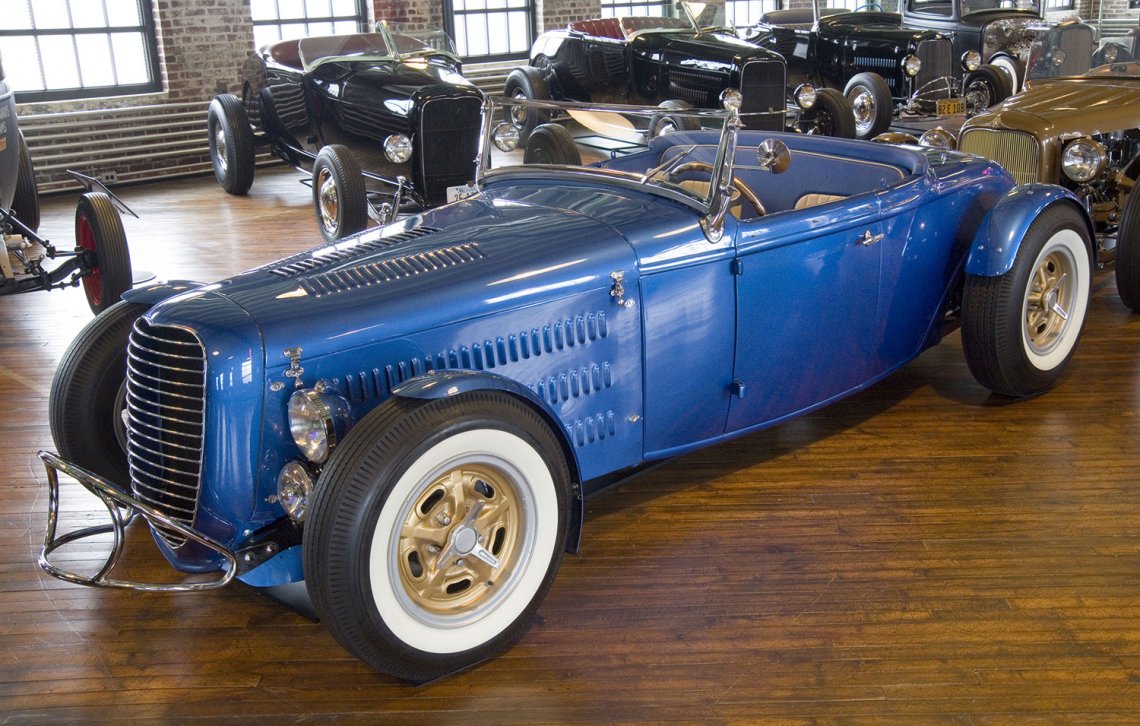 Until its recent acquisition by 3 Dog Garage, this car belonged to its original owner/builder, who first created it in 1952. He was Paul FitzGerald of West Newton, Massachusetts, who built the car when he was in high school. He built it as a flathead-powered, solid-front-axle drag car, and it decisively won its class three years in a row at the New England Championships, from 1954 through 1956. When Paul became an engineering student at MIT, he designed and built a detachable front sub-frame and independent front suspension, giving the car sports car-like handling. In 1957 and 1958, the roadster won the Belknap and Mt Equinox Hill Climbs, beating sports cars at their own game. Various small-block Chevy V-8s found their way into the car along the way. The design and execution of the FitzGerald Roadster earned it many Best Engineered Car trophies throughout its long life.