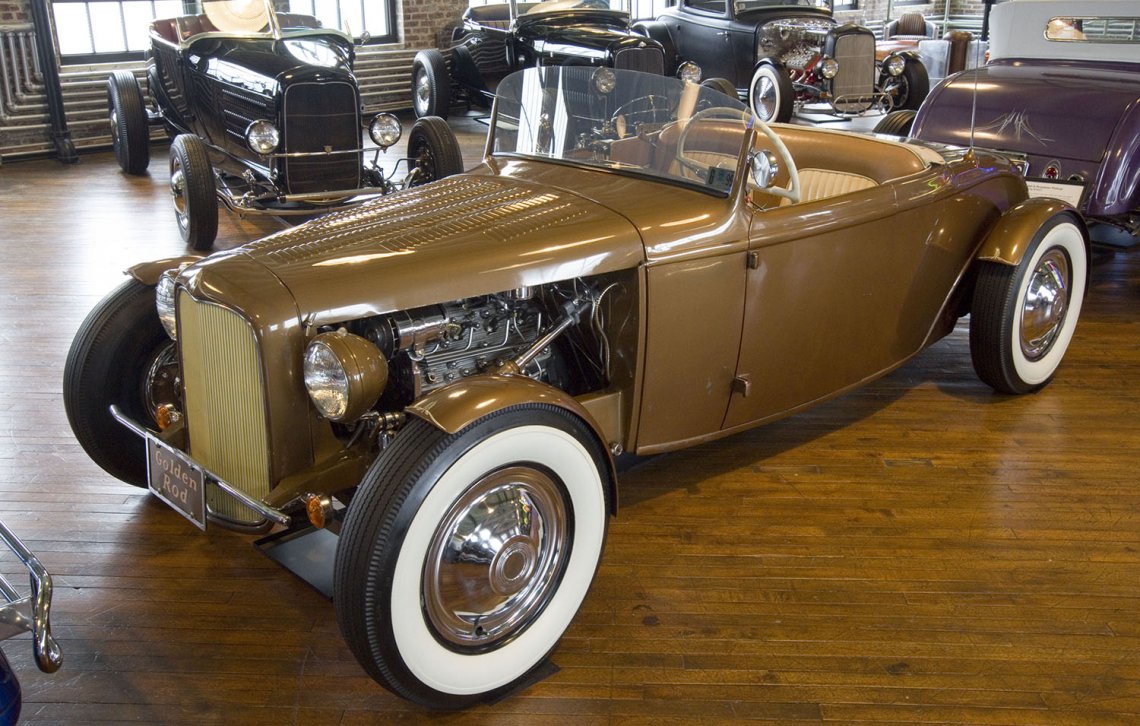 This totally original, unrestored example of a mid-fifties East Coast street rod was built by Jack Lentz of Middleton, New Jersey. Jack served in the U.S. Army from 1951 to 1954, doing tours in Korea and Japan as a radio operator. He then started his auto body shop in Belford, New Jersey, where he remained in business until he retired in 2010 at the age of 81. This car was a very thorough “build” which checked all the boxes of street rod design and execution at the time. The chassis was lowered three-and-a-half inches before the body was channeled another eight inches, and the grille was sectioned five inches. The rear was lowered by moving the cross-member to the top of the frame. As was the popular practice, motive power came from a 1949 Mercury flathead V-8 bored .060 over and running a ¾ race cam, yielding a 9.5:1 compression ratio. The car was featured in several rod-enthusiast magazines in its day, a reminder to readers that California was not the only place where great people built great cars.