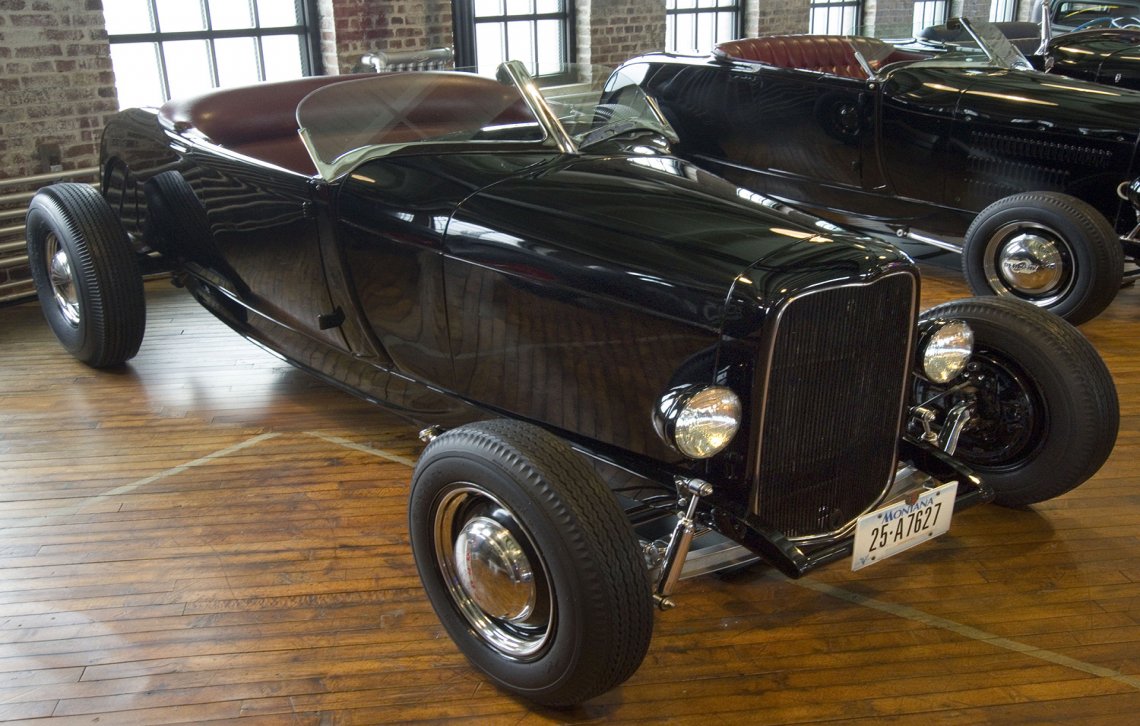 This is the last of three nearly identical ’29 Ford roadsters built by Dick Courtney of Fullerton, California. He built the first one in 1946, but it has not been seen in decades and, if it still exists, has eluded discovery by historians and collectors alike. The fenderless design, perfect stance and use of a ’29 body on a narrowed ’32 Ford frame have been consistent themes throughout the construction of all three cars. Both later cars reside in the 3 Dog Garage collection. The second car, built in the late ‘60s, and this car, built in the 1980s, also reprise the use of the original car’s laid back “V’d” windshield originally created by Dick’s friend Duke Hallock. Powered by a small-block Chevy V-8, as is the No. 2 car, this one is easily identified as No. 3 by the smooth-sided hood, larger gauge panel on the dashboard and the headlights attached directly to the radiator shell. It is a timeless example of the rod-builder’s art.