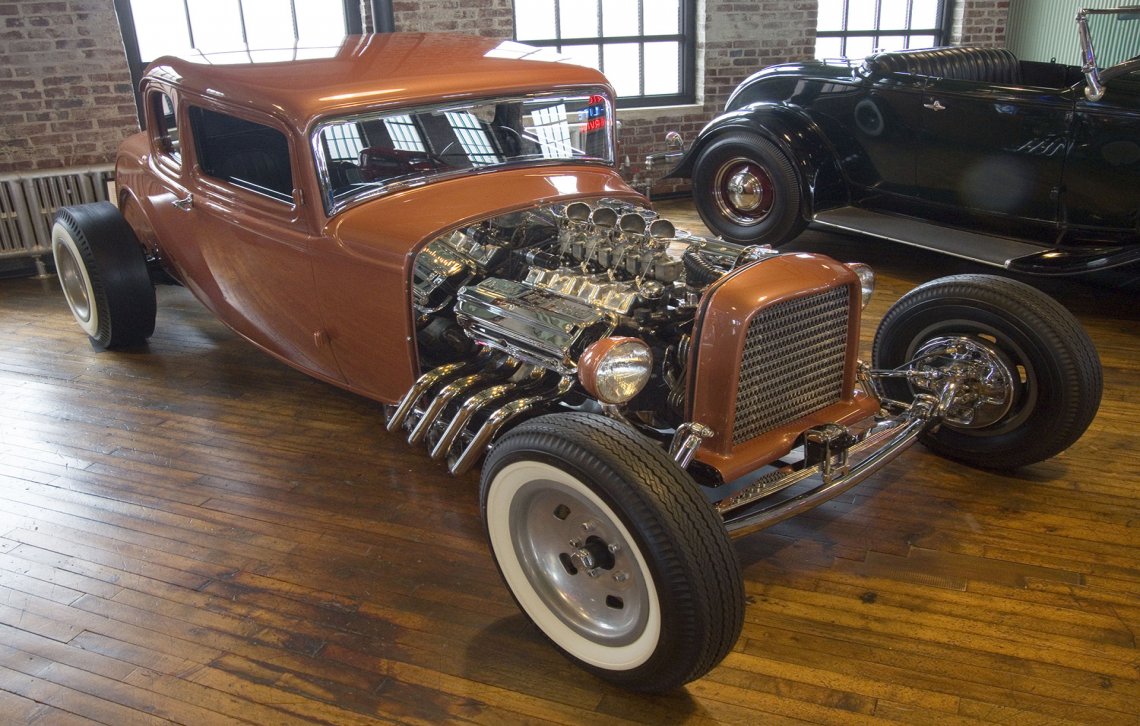 Don Tognotti was a successful Sacramento, California, businessman who owned a chain of custom auto-parts stores. He also built a few very well-known hot rods and customs in the 1950s and ‘60s. The most radical and best-remembered is this car, which he named “Avenger.” It is a 1932 Ford 5-window coupe that he built in 1960, and it was a consistent winner at rod and custom shows in California at the time. It is wedge-channeled, which gives it the unique raked stance that is one of its trademarks. The other is the big 1951 Chrysler (early) Hemi V-8 that is a tight fit in the available space it occupies. The engine was not radically modified but it did use ’53 Chrysler heads and wore custom exhaust headers that were so cool they became a constant topic of conversation by all who saw them or who wrote about the car for the contemporary hot rod and custom magazines. Its sheer audacity still makes Avenger a topic of conversation nearly 60 years after its creation.