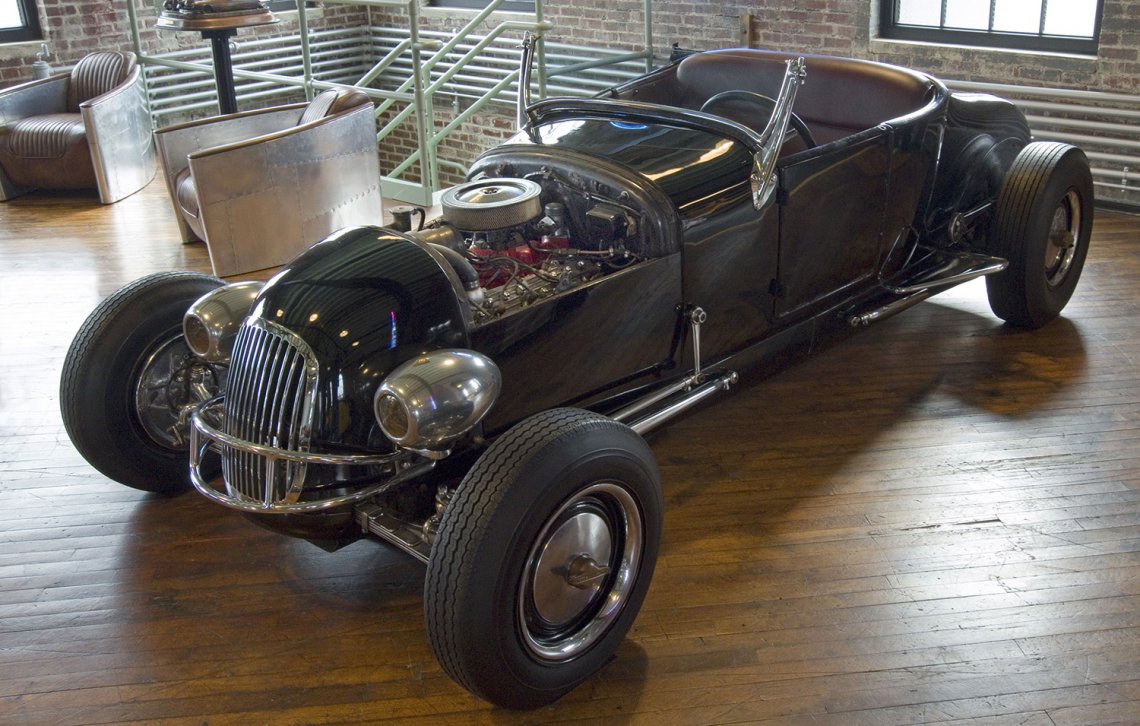 This amazingly well-preserved and completely original 1927 Ford Model T roadster was built by Frank Mack of Farmington, Michigan, in the early 1950s. Unrestored cars like this one capture the pure essence of their time and provide an unbroken, direct historical connection to the hands and mind of the builder, in this case for nearly 70 years. Much fabrication by Frank was required to achieve the unique look of this car, including building the nose from two 1941 Chevy fenders and creating a full belly pan that leaves the transmission and driveshaft exposed between the seats. The suspension is a combination of modified 1937 and ’38 Ford components. The Mercury flathead V-8 uses higher-compression cylinder heads and the rear is a 1934 unit with 4:11 gears. The time, skill and effort he put into the car earned Frank the Best of Show Award at the first Detroit Autorama in 1953. Even after some subsequent drag racing, the car has survived nearly unscathed and unaltered to this day.