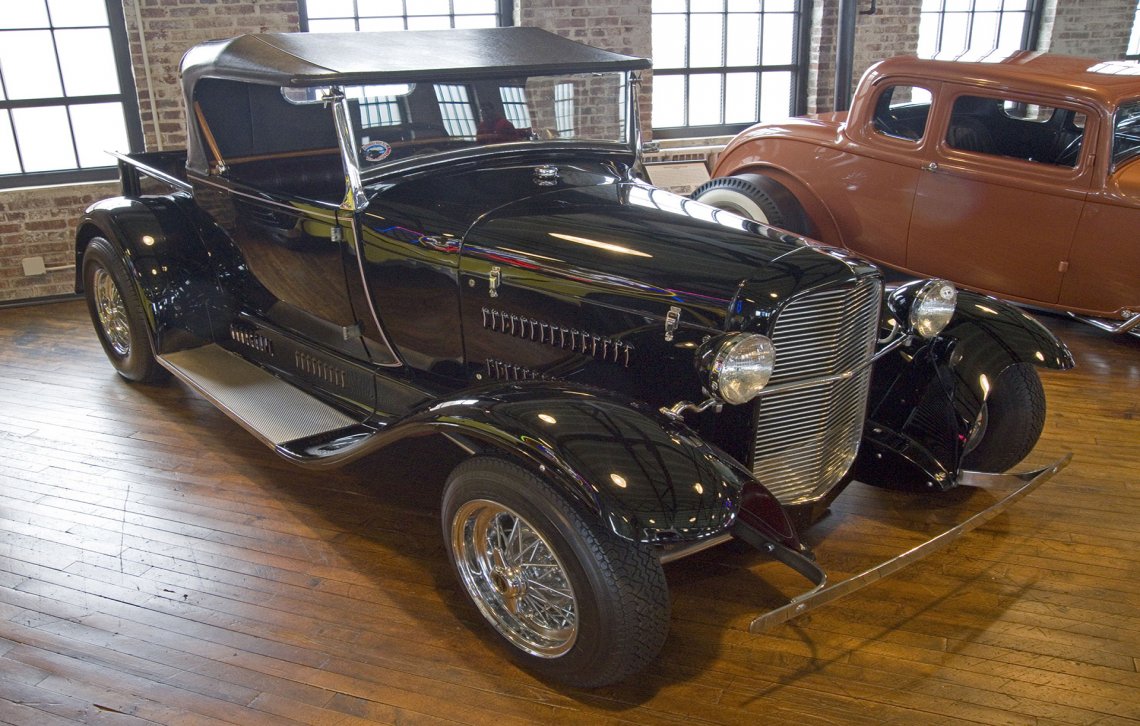 The story of the Greg Sharp Roadster Pickup begins in 1962 in Northern California, when its original builder, a machinist and hot rodder named Dave Marasco, finished the car. Marasco removed the original coupe body from the frame of this car and replaced it with a roadster pickup body (which it still wears to this day) so he could qualify for membership in a newly formed car club called the Bay Area Roadsters. Meticulously built, it ran an early Chevy 265 V-8 with tri-power and a two-speed automatic. In 1969, he sold the car to a young man who had always dreamed of owning a roadster pickup. This was Greg Sharp, who made a few changes to suit his tastes, such as the Buick Skylark wire wheels, a new interior and the addition of a hood. Greg kept, used and enjoyed the car for more than 40 years. During that time, he retired after 28 years as an L.A. Highway Patrolman, and has served as the curator of the Wally Parks NHRA Motorsport Museum in Pomona since its creation in 1988.