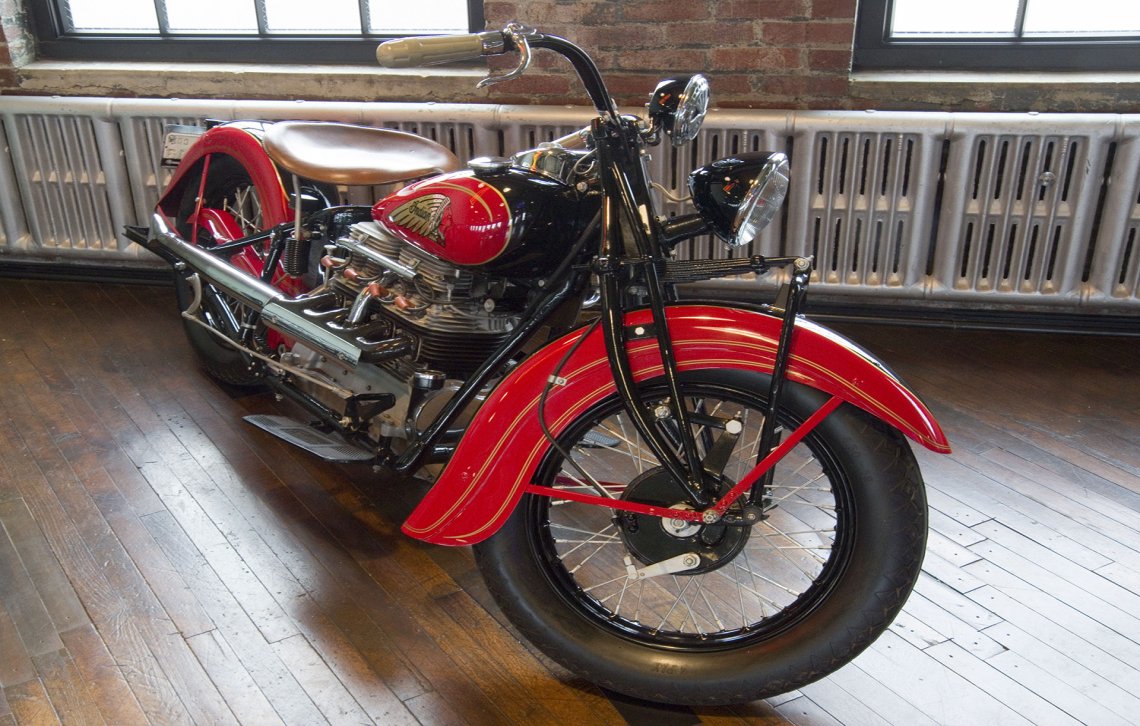 Four-cylinder motorcycles were not a new concept in 1938. The first ones appeared in 1903, developed by a Belgian company, FN, of Antwerp. But it was the Americans who seriously continued the development of four-cylinder motorcycles through the 1920s and ‘30s, Indian being just one of the manufacturers who did so. Sitting atop the other Indian lines of well-regarded twins such as the Scout and the Chief, was the model called the Indian Four. Strictly meant as a touring motorcycle, the Four was known for its smooth-running, vibration-free operation, its crankshaft turning on five main bearings. Several major improvements marked the 1938 model, including a retreat from the unloved 1936 and ’37 engine design which used side inlet valves and overhead exhaust, returning to a more conventional inlet-over-exhaust configuration. The combination of the new valve arrangement and a revised combustion chamber resulted in greater efficiency and more horsepower, now up to 40 from the previous 35. 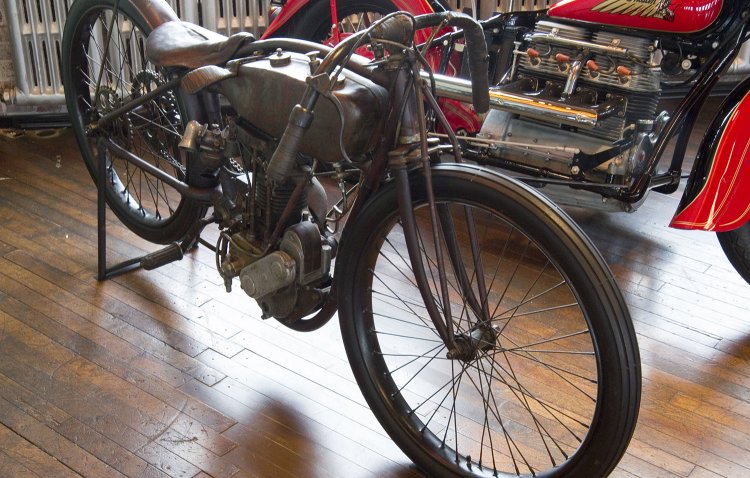 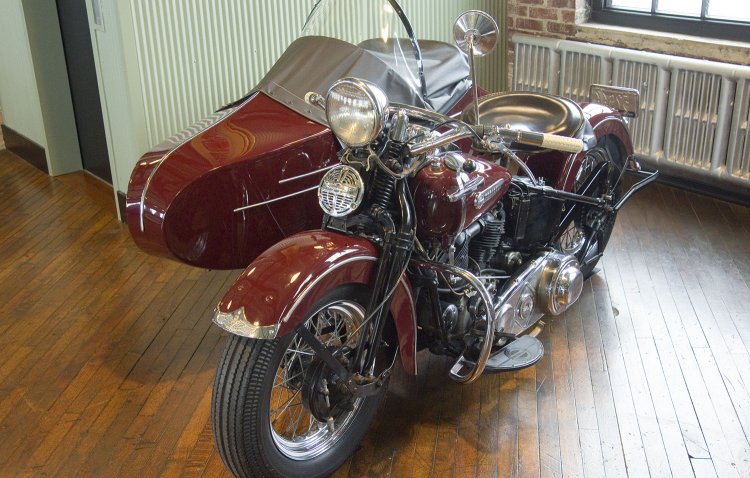