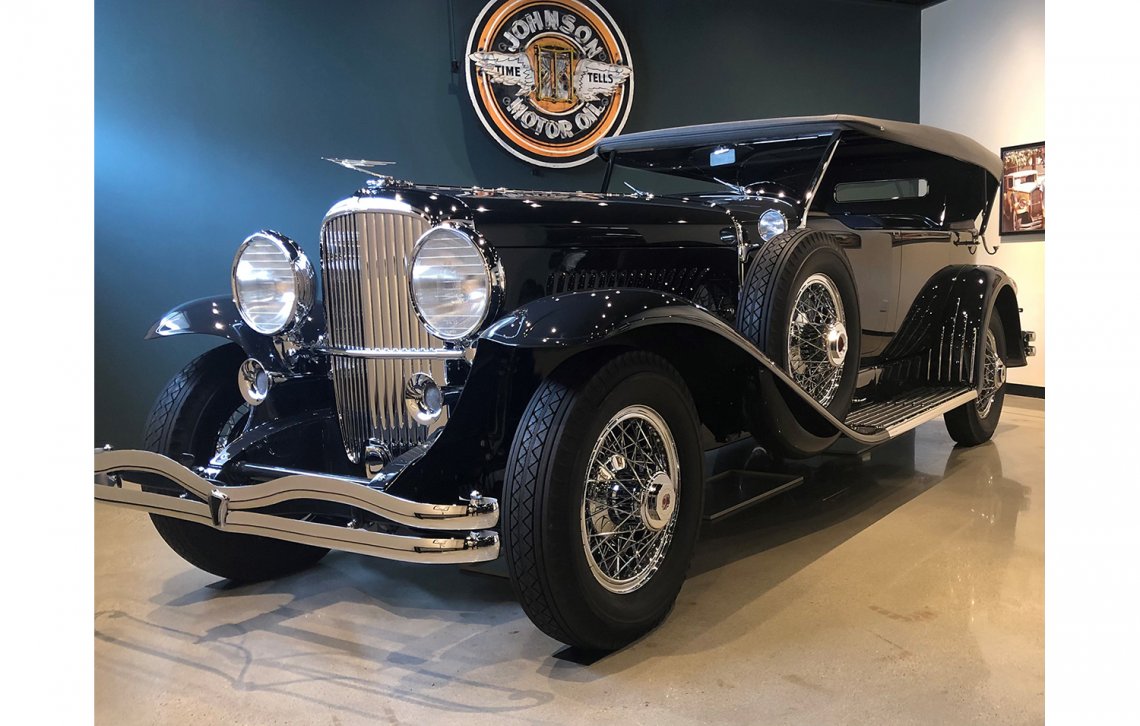 This 1930 Duesenberg is one of only three Model J short-wheelbase Dual-Cowl Phaetons built by famed custom coachbuilder Walter M. Murphy Co. of Pasadena, CA. The first owner of the car was John Howard, a wealthy Massachusetts businessman. He took delivery of his new car in Mexico, where he had moved. He sold the Duesenberg in 1945, and after changing hands a few times, its whereabouts became unknown. It was discovered, still in Mexico, in a walled-in garage in 1962, showing 44,000 miles and still with its original chassis, engine and body intact. A U.S. buyer brought the car back to the States, where it was restored and then displayed at the 1963 AACA National Fall Meet in Hershey, PA. In an interesting twist of history, a young teenager named Ross Myers first saw this Duesenberg on the show field at that event, not knowing that he would one day become its owner some 53 years later. An extensive restoration was completed in 2021 and it was shown at the 2021 Pebble Beach Concours d’ Elegance, winning Best in Class at that event, followed by winning Best in Class and Best of Show a week later at the San Marino Motor Classic.