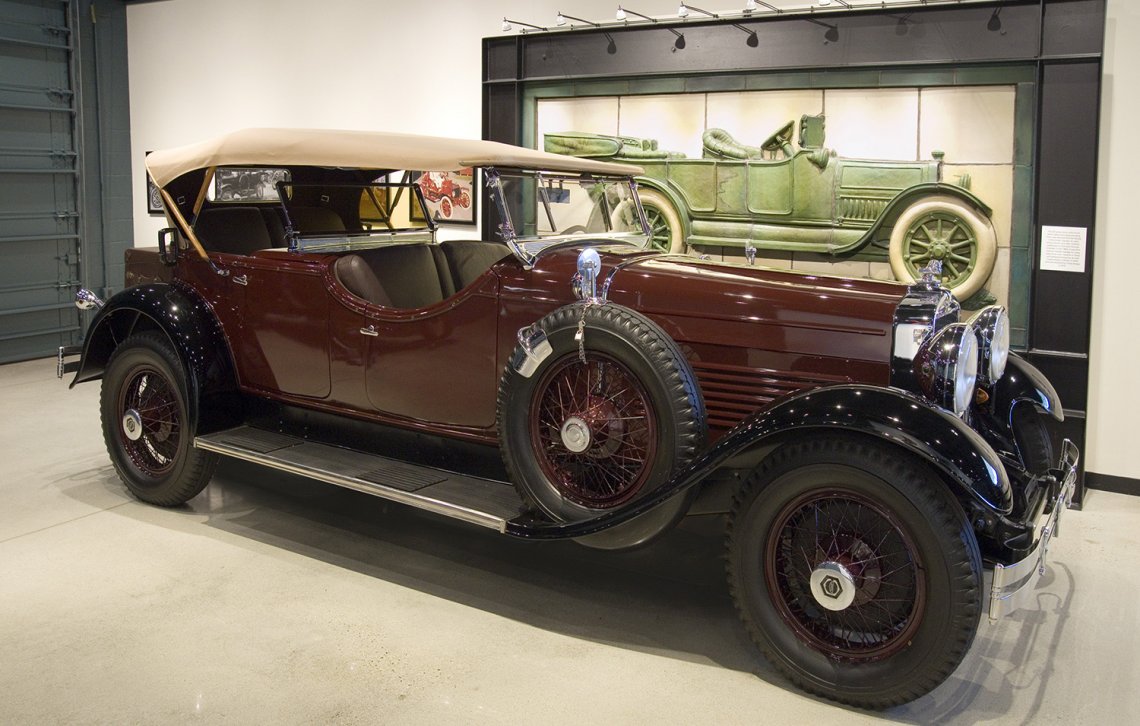 The Stutz Company of Indianapolis, Indiana, built its first production car in 1911. Designed and built in only five months, it was immediately entered into that year’s inaugural Indy 500 and finished in 11th place. This remarkable showing was the beginning of the Stutz racing legend, which would include such impressive performances as a second place finish in the 24 Hours of LeMans in 1928. But Stutz was also known for its luxury automobiles, including this 1929 Model M Tonneau Cowl Speedster. It is powered by a 322 cubic-inch, single overhead cam, straight eight-cylinder engine producing 113 horsepower, and was equipped with a four-speed manual transmission and four-wheel hydraulic brakes. Its custom body by LeBaron was described as “dashing” when new, and the same can still be said of it today. Stutz referred to its engine as the “SV16” (Side-Valve 16), giving the impression it was on the same technical level as the V-16 Cadillacs and Marmons of the day. The name actually referred to two valves per cylinder, a natural result of having eight cylinders with an overhead cam. By 1929, when this car was built, the Stutz Company was already experiencing financial difficulties, which were made immeasurably worse by the onset of the Great Depression. In 1934, after selling only six cars that year, the company turned off the lights and closed its doors. 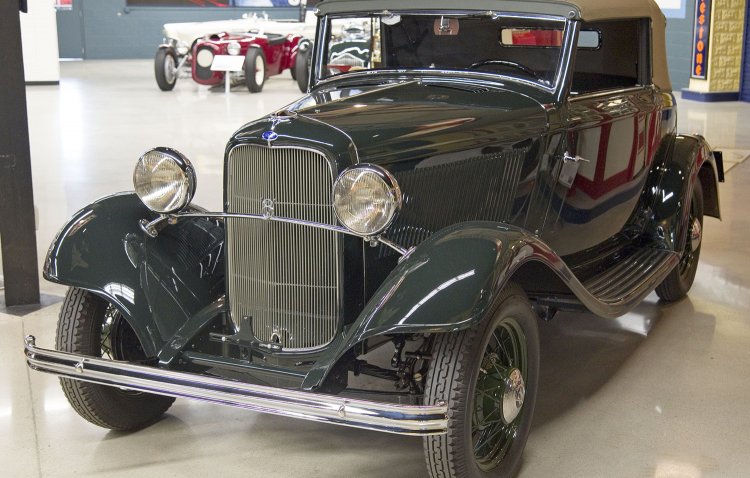 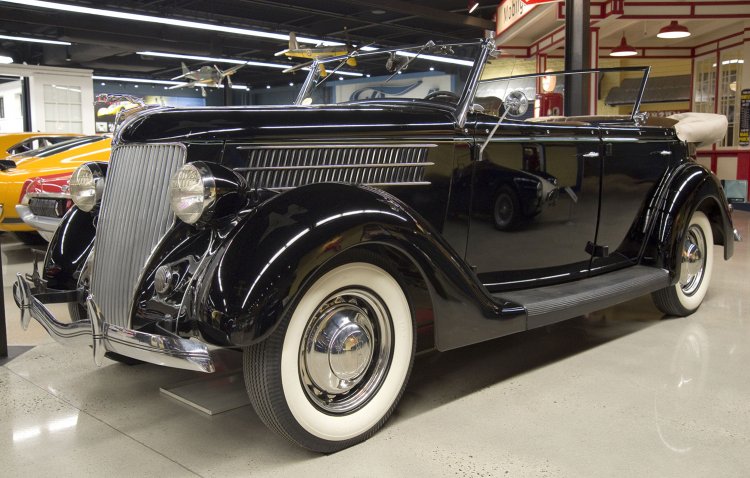 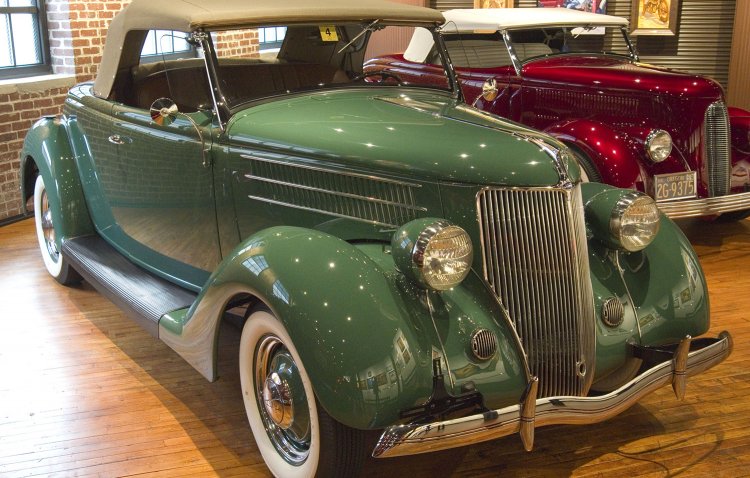