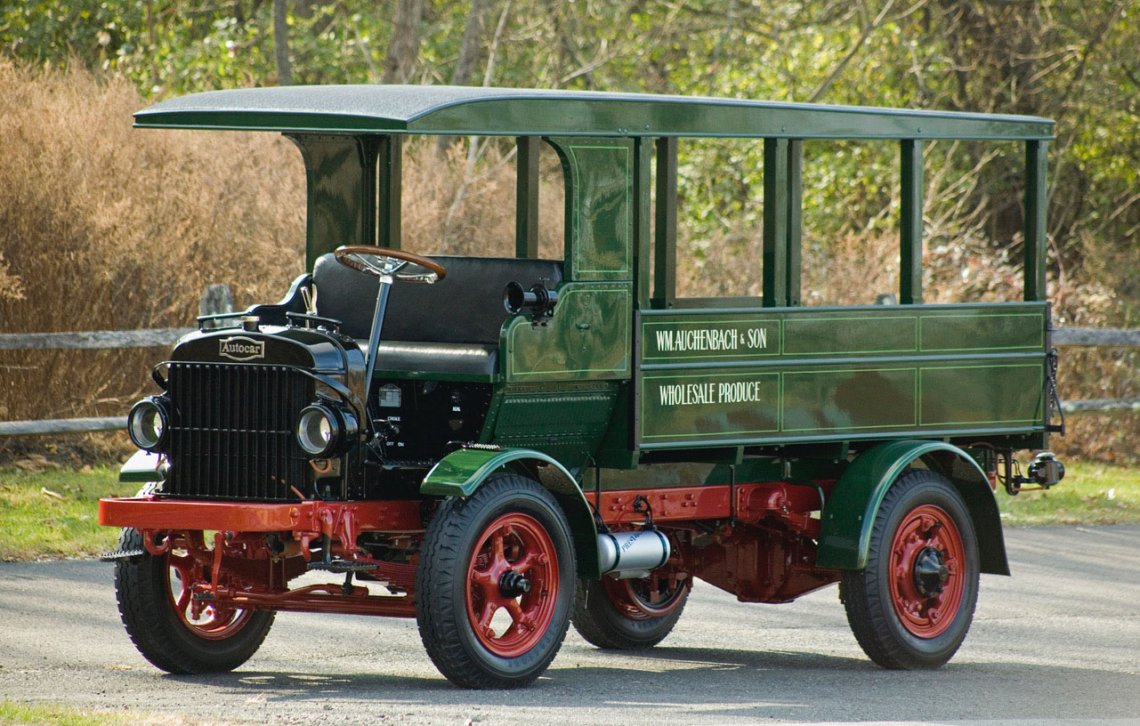 The Autocar Truck Company began building trucks in 1899 at its plant in Ardmore, Pennsylvania. By 1923, when this vehicle was built, the trucks had earned a solid reputation for their power, reliability and innovation. For example, Autocar placed the truck’s engine under the seat, maximizing payload volume on its 114-inch wheelbase. This configuration is credited with the development of the modern COE (cab-over-engine) design that is still used by truck designers and manufacturers today. This example was purchased new by William Auchenbach of Pottstown, Pennsylvania, a wholesale vegetable and produce supplier. Discovered in poor condition in the 1960s, it was restored and fitted with a body designed to carry passengers at picnics and parades. Some 50 years later, a second and very extensive restoration was initiated to bring the vehicle back to the original body style and period livery in which it is presented here. 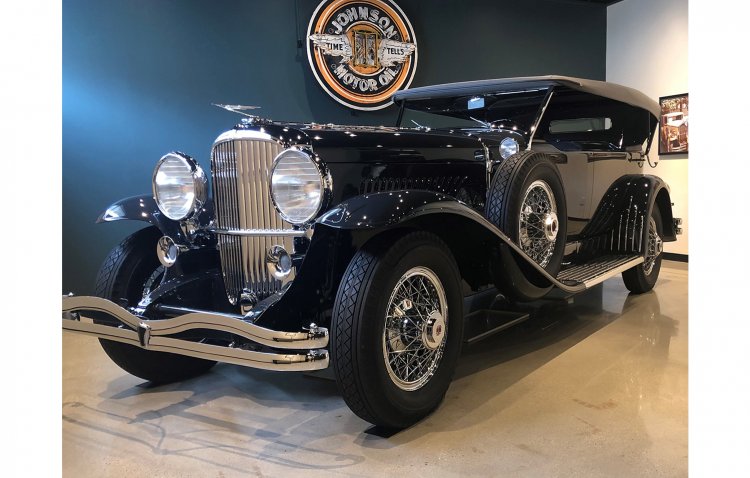